Protecting your design and what to do if it’s copied

with Scamp and Dude

Copying and IP (intellectual property) issues are one of the worst things that can happen to a small business, especially when a big brand takes their design and creates a lesser product that gets mass attention at speed. But there are many things you can do to protect yourself before this happens and practical ways to handle it if it does.

Whilst this isn’t a new issue for small businesses, the accessibility of social media may play a part in fuelling more cases of copying. However, it’s also a powerful tool if this does happen to you. By leveraging the power of the community to stand with you against the big guys, you can raise awareness and put more pressure on them to do the right thing.

Founder of Scamp and Dude, Jo Tutchener-Sharp, has experience of this, having had her kids wear designs copied by two huge brands, causing uproar in the small business community – but she took them on, and won! She truly is a shining beacon for small businesses everywhere, as a founder who knows her worth.

Holly spoke to Jo about her experience, and also sought the professional advice of lawyer and IP expert Oliver Fairhurst, as she called on him to share his top tips on protecting your work. 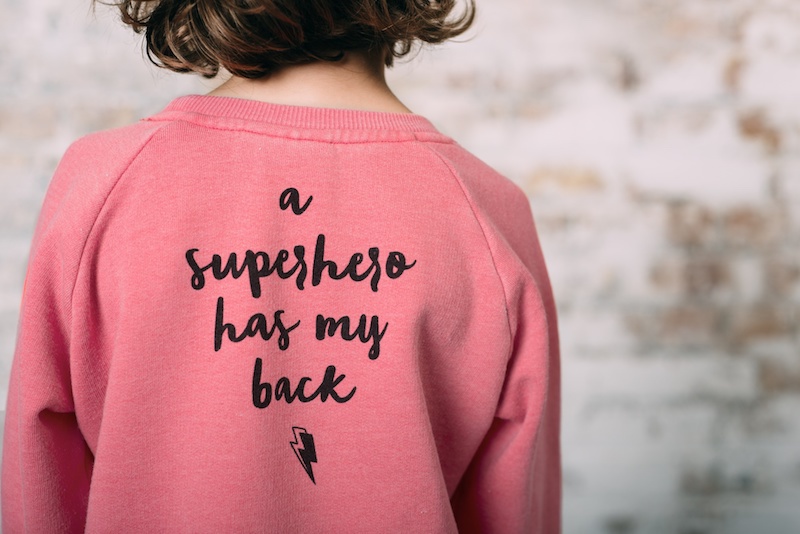 Sadly, Jo isn’t the first person this has happened to, nor will she be the last. It’s particularly rife in the fast fashion environment, with supermarkets and big online retailers being the worst culprits.

Perhaps they don’t realise they’ve created an exact copy until it’s called out but, regardless of the final outcome, the damage it causes can’t be undone. They take your hard work and produce a copy that means little to them, but is your life’s work, which, subsequently, takes your time, energy and money to fight. Meaning the growth of your business is put on hold.

Unfortunately, there are also cases of small businesses ripping off other small businesses and, whilst the big brands doing it hurts, a fellow small business doing it cuts deep. Small businesses and founders are a community. Together we’re stronger and can stand behind one another when needed, protecting and championing one another. Jo has experience of this herself, telling us;  ‘it’s so upsetting to see a small brand doing it, and there needs to be more legislation when it comes to what you can and can’t do, and if it happens to you – what you do then.’

When Jo’s A Superhero Has My Back design was replicated by a large supermarket chain,  she found it incredibly difficult to deal with. ‘I think when it first happens, it really is like being stabbed in the heart, because you’ve done all that work, and your heart and soul has gone into it.’ she told us. ‘Then, when  you see a big brand casually replicating it. It hurts so much.’

Following taking on the supermarket – and winning! – Jo then had to overcome a similar battle with another of her designs, as it was replicated by a retail giant. Again, she emerged victorious following a legal case which saw them pay the profits from sales back to Scamp and Dude, who then donated them to children’s charities.

With a career that’s seen her work with established clients in fashion and beauty PR, Jo recognises that, although she found it natural to challenge such injustice, not everyone has the confidence to do so.

‘I was interviewed by the BBC about IP, and there were 5 of us around the table – all small brand owners at different ages – and some of the girls that were a bit younger have brands who have been copied, and they’ve done nothing about it.’ she told us. ‘This is because they’ve been afraid of lawyers and intimidated by the thought of never beating a big brand, so they’d never stood up for themselves. It was bewildering for me, but I have to remember that I’ve been in the industry for a long time.’

Telling us how there is so much help and many resources out there to help support small businesses facing similar situations – including ACID, the UK’s leading anti-copying in design organisation, Jo knows that there is power in the support of the small business community coming together.

‘I’m trying to urge people to stand up for themselves, because it’s unbelievable how much this happens. Since I’ve had two quite high profile cases, I’m tagged in things (on social media) every time someone is copied! I try to reach out and offer any advice, I’m not a lawyer, but I’ve been through it, so I try and help as much as I possibly can’ Jo added.

So, unless you happen to also be a trained IP lawyer, do not try and deal with this yourself! Just because you founded the company and can (and do) wear many hats, doesn’t mean you have to be an expert in this.

We spoke to Oliver Fairhurst, an IP lawyer from Lewis Silkin, to get his advice on not only how to deal with copying, but what you can do to protect yourself BEFORE it happens, and what all the jargon means!

So what actually is IP?

As Oliver said, “IP protects creativity”. It stands for ‘intellectual property’ which is something you create using your mind, such as a story, invention, artistic work or symbol. IP protection helps you to stop people stealing or copying things like the name of your brand or product, inventions, the design or look of your product, things you write, make or produce.

Copyright, design rights, trademarks and patents are all types of IP protection. Some you get automatically, others you have to apply for. Check out the UK IPO website for more detailed info.

We also asked Oliver for his top tips on what to do if you find out you’re being copied.

And if IP protects creativity, Oliver also says that “the touchstone for protection is originality”. Bear this in mind when you’re creating a product and for each new design, and old ones you value, be sure to think about IP protection and see if you need or indeed want to pay for this.

And always remember to keep looking forward. Inevitably some things will be copied and you’ll have to weigh up on a case by case basis if the fight is worth it. Because no one can copy what you’re going to do next! They cannot truly capture the magic inside of you or the way you look at things. So, unless it’s a core product, has been blatantly, directly copied or is damaging your brand reputation, it’s worth weighing up whether your time and effort is better spent fighting the big brands, or growing your own business and your next big thing – and you’ll know how to protect it to the best of your ability now too.

What makes a product magical?

Creating a ‘great’ product isn’t easy and relies on so many elements coming together. In this article Holly uses her years of experience to explain what makes a product magical.

Back to Finance‚ Legal & Tech

Should small businesses increase prices during the cost of living crisis?

Cold, hard winter ahead? 10 tips to keep toes warm, costs down and spirits up

Is your tech sustainable? 5 points for small businesses to consider