with The Grilled Cheese Booth

There’s no easy way of saying this. Being made redundant can hurt like infidelity. It’s often a blindsider. An affront. Especially when you’re eight months pregnant and have just bought a new house (but more on that later). The fact is, unless you’ve got substantial savings, there’s likely to be an instant panic about money. Then a crisis of confidence. And even though we know it’s for business reasons, it’s hard not to take it personally so there’s that too. Plus there’s a lot of it about.

With furlough ending, we know there are likely to be more still. Great! Another lump of depressing news with a side order of doom. But is it? There’s a whole other narrative that’s just as true and infinitely more heartening.

400,000 new businesses have been set up since January 2021². It seems many people used the continued furlough scheme and redundancy to dust off the old dreams they might once have had about starting new businesses…and made it happen. For many, it’s a springboard into the kind of life they could only ever have imagined. 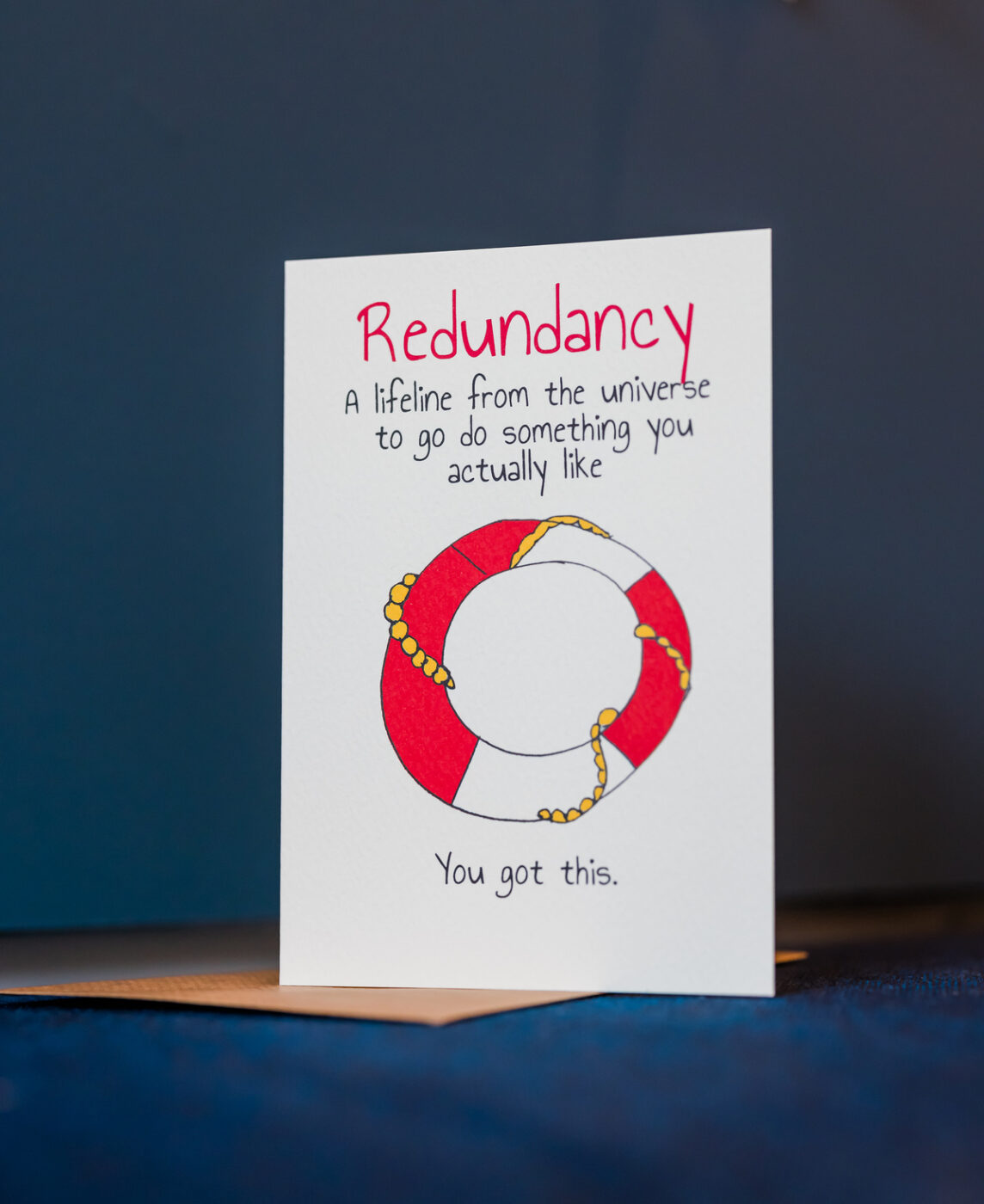 Nicola and Chris Booth, the creative husband and wife duo behind The Grilled Cheese Booth in Hebden Bridge are a pair of those people. And they have the most extraordinary story…

They’d both finally settled into full-time work after years of freelance, travelling around the world with their careers in the theatre industry. They were a month away from having a baby and had just bought a new house when the pandemic hit. On the same day in July 2020, they were both made redundant.

Nicola explains, “It was a scary moment. Everybody was looking for any job they could get. There were a few pub roles going but the others applying had experience. We soon realised there wasn’t really anything for us.”

Chris is very much a foodie person and had often dreamt of one day having a trailer stall or street food outlet. So with no other options on the table, they thought they’d try it. Remarkably, just three weeks later, they’d founded the business that would change their lives.

“The best bits are being your own boss, making it personal, having the freedom to make it what you want, being local and working your own hours. It’s the best thing we’ve ever done,” said Nicola.

So how exactly did they do it?

Chris started off by talking to local businesses about suppliers. They opted for grilled cheese sandwiches as there wouldn’t be huge overheads (they used high quality, local ingredients but just needed those, a coldbox and a grill). How much formal research did they actually do? “Probably very little!” Nicola laughs. “Because it was relatively low cost and low risk, we did lots of reading up online, checked there was nobody locally serving anything similar and used our savings to go for it (well we had to. Funding wasn’t available!).”

They started on the market for three days a week and then spotted a tiny disused hole-in-the-wall type premises. Within a few months they were in. It’s fair to say it’s a very different way of starting a business than through personal choice. But sometimes it seems, that can be a distinct advantage. “There’s no better way than being thrown in the deep end and just getting on with it as you just have to make it work.”

“It’s so daunting at the beginning as it’s just such an unknown. But redundancy is an unexpected opportunity to try something new.” Nicola adds, “Without it, we’d never have started our business. We just didn’t have the balls to jack in our jobs and be confident enough to do it.” Which is likely to be a sentiment shared by many. Other lessons they learnt about becoming founders are…

“Expect it to be hard”

“Keep going. Don’t give up. The truth is, if we’d thought about it too much, we’d probably never have done it. We didn’t know the first thing about scheduling deliveries or stock level management or whatever. It’s a huge learning curve. But we knew we’d have regretted not doing it,” Nicola shares. “I was learning to be a mother at the same time too which wasn’t easy but it’s worth it. You have to keep at it for it to become something. If you want something that much, you can make it work.”

“Have belief in what you do”

Chris has always been very clear on what the business is, sticking to his guns and staying true to the vision, and it’s partly this that’s made it a success. He never settles. He always pushes forwards. He makes sure they bring things to the local area that others don’t. He tries hard to find the right ingredients and firmly believes it’s worth buying quality.

“Don’t be afraid to ask for help”

Nicola says, “People want to see you do well. Other local businesses in the area have been so supportive; bigging us up and popping in for sandwiches and sharing advice. We’re all stronger together. It’s important to build those relationships and we’re thankful for them.”

“The best bits are being your own boss, making it personal, having the freedom to make it what you want, being local and working your own hours. It’s the best thing we’ve ever done.”

“We know we were lucky, as we were able to keep going through the pandemic, but we know we’ve not reached our limit. We keep pushing forwards, collaborating with suppliers, creating new products, constantly learning. Firstly, it keeps it interesting for Chris, but also it gives people a reason to keep coming back. Plus any money we got we ploughed back into the business and upgraded equipment whenever we could to make us more efficient.”

“One of the best things about our previous careers in theatre is that we understand hard deadlines. The show must go on so you have to be ready. And that’s really helped us. If you keep shifting the goalposts you might not necessarily have the same sense of urgency. It’s great to take these skills and make them your own and use them to your advantage.”

“There’s a wonderful moment when you realise it’s working. Last December I remember looking round and thinking ‘wow, this has really taken off!’. People giving great feedback really helps, too. It boosts you. Being made redundant can be terrifying. It’s so hard at the beginning, especially financially. But having something to believe in and that you’ve poured your heart and soul into is incredible.”

This is just one example but there are many. The point is it’s possible. Being made redundant might well be shocking and hurt like hell at the time. But it also might just take us where we need to go. Do share this article with anyone you think might benefit.

We’ve only got a handful of summers left. Find your purpose and follow your passion. Read artist and former ad agency owner Dave Buonaguidi’s take on it…