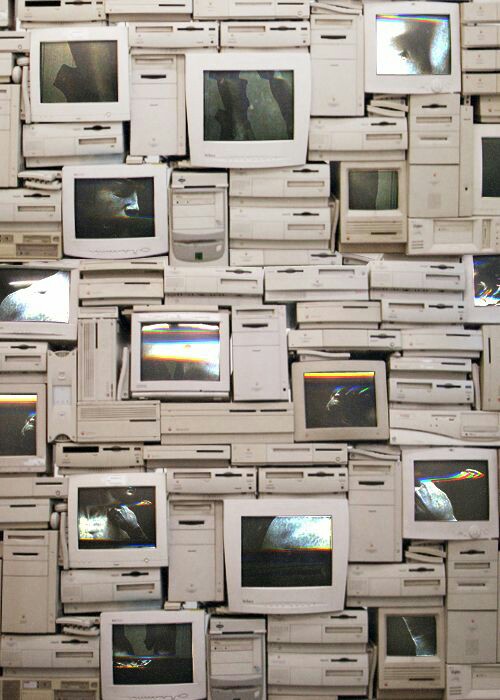 A Brief History of Google and SEO

A long, long time ago, when the internet was essentially pictures of Pamela Anderson in her Baywatch costume and lots of arguments about who was better; Kirk or Picard (Picard obviously), search engines weren’t very good.

The best of the bunch was Alta Vista and up until only a few months ago, you could still sort of see the bones of this old site on the Yahoo! homepage. That’s because Yahoo! bought Alta Vista back when they still had the money to buy things.

But I digress. Alta Vista, and the handful of search engines that existed at that time, were pretty rubbish. If you wanted to appear high up on Alta Vista and you were selling cupcakes, all you had to do was write the word ‘cupcakes’ a thousand times on a page, and you’d probably rank #1 for the term ‘cupcakes’. Is anyone else feeling snacky?

Larry Page and Sergey Brin developed Google. This was a search engine (named after a googol which is when you have a 1 followed by one hundred zeros – which now represents how much money they each have!) that worked a little differently to all of those that had come before it, and the chief benefit was that it was useful.

This is down to one simple factor that remains at the heart of Google’s search engine today; relevancy.

When you search for ‘cupcakes’, you don’t just want to see the website that mentions cupcakes the most. You want the best cupcake recipes, or places where you can buy cupcakes, or maybe even the history or etymology of cupcakes. In fact, if you go to Google and search for ‘Google in 1998’ you’ll see exactly what it looked like all those years ago (see below for ease!). Ah, the memories…

It is at this point, in 1998, that true SEO was born. The acronym means, Search Engine Optimisation. And in the 19 years since its birth, it has grown and developed and, for the most part, improved. In fact, you can actually think of the development of both the search engine and SEO in the terms of a human growing from birth to becoming an adult.

It started off as relatively basic algorithm and set of practices. By getting links to pages, and by including key terms in the page meta and on the page, SEOs learned to put the round block in the round hole. But as it grew, and developed, Google got smarter. It cottoned on to a lot of the sneaky tricks that SEOs were using to make websites appear more relevant and updated its algorithm to stop these tricks from working. People who would stuff their websites full of keywords and hide them by putting them in a white text over a white background, saw some initial improvements, but then Google put a stop to it. The search engine got very good at learning.

During the childhood of Google, it developed search tools and different types of searches such as a better  ‘news’ service and ‘videos’ so that it could provide more relevant search results to more people, while SEOs still tried to manipulate the algorithm with various tricks, loopholes and schemes that Google couldn’t quite keep up with. It was the golden age for what SEOs call ‘black hat’ tactics. Buying links, buying clicks, keyword stuffing… it was easy, fun and it made the boffins at Google pretty mad.

This all changed though as Google entered its teenage years. It added specific algorithms to deal with different types of issues (bad content, bad links, inappropriate material, etc) and even different types of websites (payday loans, pornography, gambling, etc). It took away a lot of the data that SEOs had been using to justify their salaries for years and suddenly, being in SEO was very hard work indeed. None of those sneaky tricks worked anymore. And throughout all of this, that word, ‘ relevancy’, has remained the most important thing to Google. As search habits and technologies change and grow, Google is now an intelligent (practically sentient) entity capable of dealing with nearly everything that is thrown at it, while SEOs have also learnt a very valuable lesson, which goes thusly: You cannot trick Google anymore.

So why do you need to know the history of Google to do good SEO? Because you need to learn those two key lessons as quickly as possible – it’s all about relevancy, and there are no tricks. If an SEO agency approaches you and says ‘We can get you to the top of Page 1 of Google’ they’re lying. Oh, they may fluke it, but you can’t guarantee that sort of thing anymore. All of those old tricks that used to make that happen overnight no longer work, and now it takes a lot of hard work and patience.

If you sell cupcakes, you need a website that shows that you are an authority on the subject of cupcakes, and that complies with Google’s best practices, and that is full of unique, useful and well written content. You need good images, good html and a YouTube hosted video doesn’t hurt either. Include all of your business information in the right way and you’re giving yourself the best shot to rank for the search terms that your website is most relevant to.

As I continue these articles, I’ll talk more about how all of this is done. I’ll give you some guidance about how to best communicate with Google, and highlight that you are a relevant authority within your industry. I’ll talk about the importance of links, and how to gain them naturally, and about how social media can help your SEO too. There are no tricks, just common sense and best practices, and that’s what you’ll be getting from me.

But the takeaway from today’s sermon is this; think about what searches your website is relevant to, and think about how you can best demonstrate this. You know that you’re good, but the trick is showing that to Google. Is the copy on your page full of insight? Is there enough of it? Do the page titles look relevant and good? I’ll cover optimisation of these areas of a website in future articles, but for now, I strongly advise you to look at your website, and remove any meta keywords that you have on it. Because of SEOs abusing this part of the html, Google stopped using them years ago, and will now only look at them if they want to punish you. They do nothing, so get rid of them.

And now, I fancy a cupcake. Look out for my next Holly & Co article coming soon.