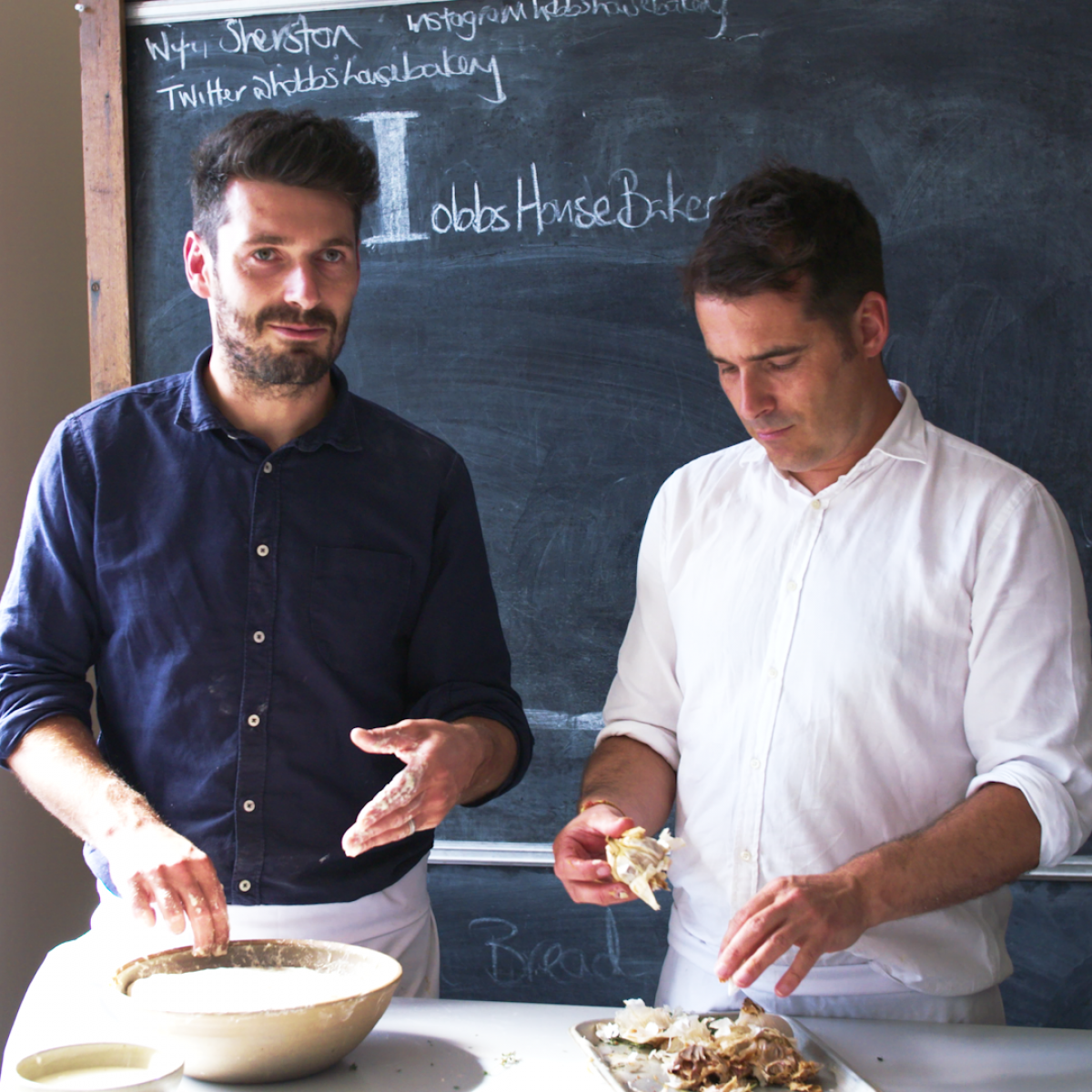 This month, we’re celebrating everything ‘Man Made’ at Holly & Co. We will be featuring our favourite male Artisans and their beautiful products, to inspire other men to get making and live the ‘good life’. Meet Tom and Henry Herbert.

We’ve long been fans of @hobbshousebakery and so we were thrilled when they agreed to be part of our brand film (which we hope you’ll agree is rather beautiful). You might also recognise them as ‘The Fabulous Baker Brothers’ from their series on Channel 4.
Brothers Tom and Henry are actually 2 of 6 siblings and whilst Tom followed the generations before him into baking, his brother Henry trained as a chef and after separate successful careers, they came back to work together, Henry as the Butcher and Tom as the Baker.
Together they are Hobbs House – where they run cookery courses, a butchery school as well as a shop and online products. The first bakery in the family was started by Thomas and Mabel Herbert in 1920, five generations later and the Hobbs name is now synonymous with baking. In fact, their multi-award winning sourdough (well, more exactly the sourdough starter culture) celebrates its 60th birthday this month and is available to buy at the Work/Shop.

Not only are they passionate about their craft, their heart also lies in ensuring that its traditional values and craft are not left in the past, but are handed along to the next generation. They say, “We’re a fifth generation family business, and we want to keep it going for future generations. If we can add our chapter and they can carry it on – that’s job done.” Henry now has an Instagram feed (@daddy_bakes_) that is solely to share his baking adventure with his daughter. A modern company, with traditional values, a family-run business with a passion for passing on knowledge to the next generation – just some of the reasons we’re sharing their story with you. Also, how mouth-watering do their doughnuts look!