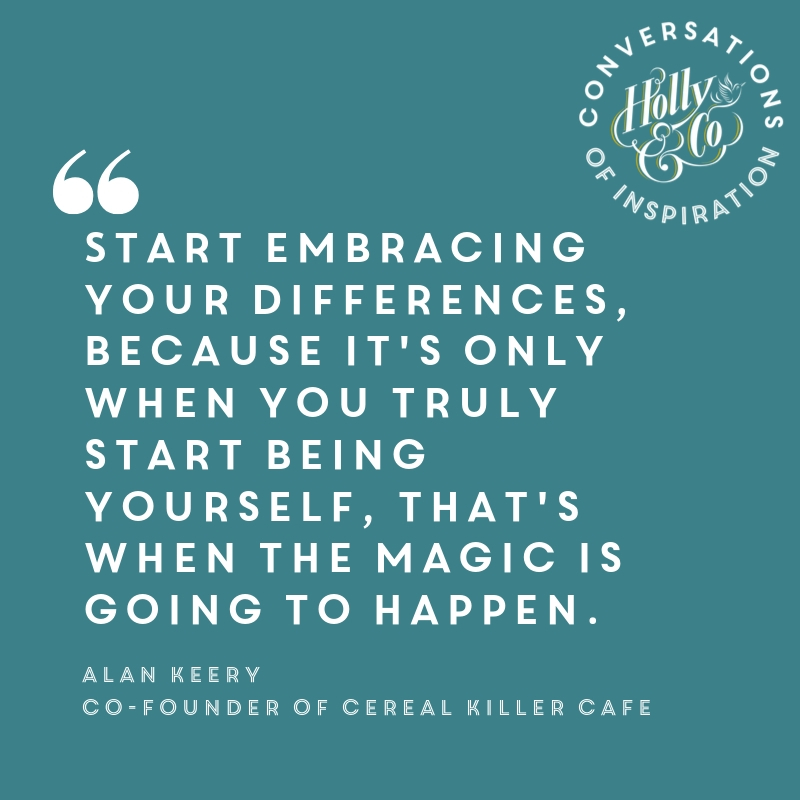 God, it’s good to be back ‘on air’! This week we heard from Alan, who found that his and his identical twin’s diamond, was their forever love of cereal. Growing up in Belfast and being gay, you can imagine finding out who they really were and feeling accepted, was tough.
.
In his younger letter to self, he wrote – “You’ll have so much cereal Alan, you could fill a swimming pool with it and you’re going to love it! Now, this might come as a bit of a shock to you, but there’s actually nothing wrong with you, you might be a weird little teenager, but you’re going to be an even weirder adult. And one day you’ll realise it doesn’t matter what other people think of you, and once you stop caring about what other people’s opinions are, you’re going to have a much better time. So quit bloody moaning about your differences and start embracing them because it’s only when you truly start being yourself, that’s where the magic is going to happen.”
.
I believe that your diamond is this shiny, beautiful creation that lives within us all. It’s something that however strange, weird, wonderful, unique or skilled – is your calling. But, the mine in which you find it, is yourself. Your personality, your DNA, your make up. You see, that’s what makes the diamond when found, shine uncontrollably. It’s the combination of your diamond and unique self, that makes it utterly priceless.
Thank you Alan @cerealkillercafe for sharing yours and your identical twin’s story – it has inspired us all.

Interviews with The Experts #12 Petra Barran

Small businesses will come out of all of this – united and stronger than ever before.⁠

What makes you happy?

Whatever You Do, You Must Unlock The Purpose Beyond What You ‘Sell’