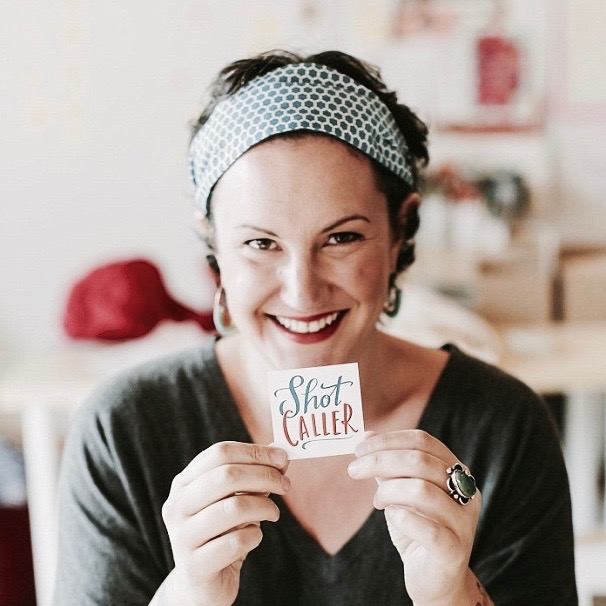 Sometimes our light bulb moments don’t come from positive experiences, it can be the hardest things we go through in life, that become catalysts to create.

Emily McDowell, from Los Angeles, was diagnosed with stage three Hodgkin’s lymphoma when she was 24-years-old. After a series of chemo and radiation treatments, she went into remission nine months later. And although the now-38-year-old has been cancer free ever since, the uncomfortable reactions – or lack thereof – she received from those she was closest to stuck with her and inspired her to create Empathy Cards For Serious Illness.

“The most difficult part of my illness wasn’t losing my hair, or being called “sir” by Starbucks staff, or sickness from chemo,” she wrote on her blog. “It was the loneliness and isolation I felt when many of my close friends and family members disappeared because they didn’t know what to say, or said the absolute wrong thing without realising it.”

“‘Get well soon’ cards don’t make sense when someone might not,” she said. “Sympathy cards can make people feel like you think they’re already dead. A “f*** cancer” card is a nice sentiment, but when I had cancer, it never really made me feel better. And I never personally connected with jokes about being bald”.

For me, Emily embodies what I love about the strength we can find within ourselves. We can all do something, that can change the world for the better. Be it a site that connects small businesses for the first time, or an idea to connect all the local food independents in one marketplace. Or a shoe range that now supports disadvantaged children in Asia, to this collection of cards, that talks to people suffering with such insight.

We are all far stronger than we ever expect and even in the darkest times one can draw on something positive. Could good come out of the shadows? Allowing you to hang onto ‘positivity’ life a life raft through the stormy seas. So that when the sun rises in whatever form, you and your life raft can be rescues

Thank you Emily for being a beacon of strength and innovation. You inspire us.