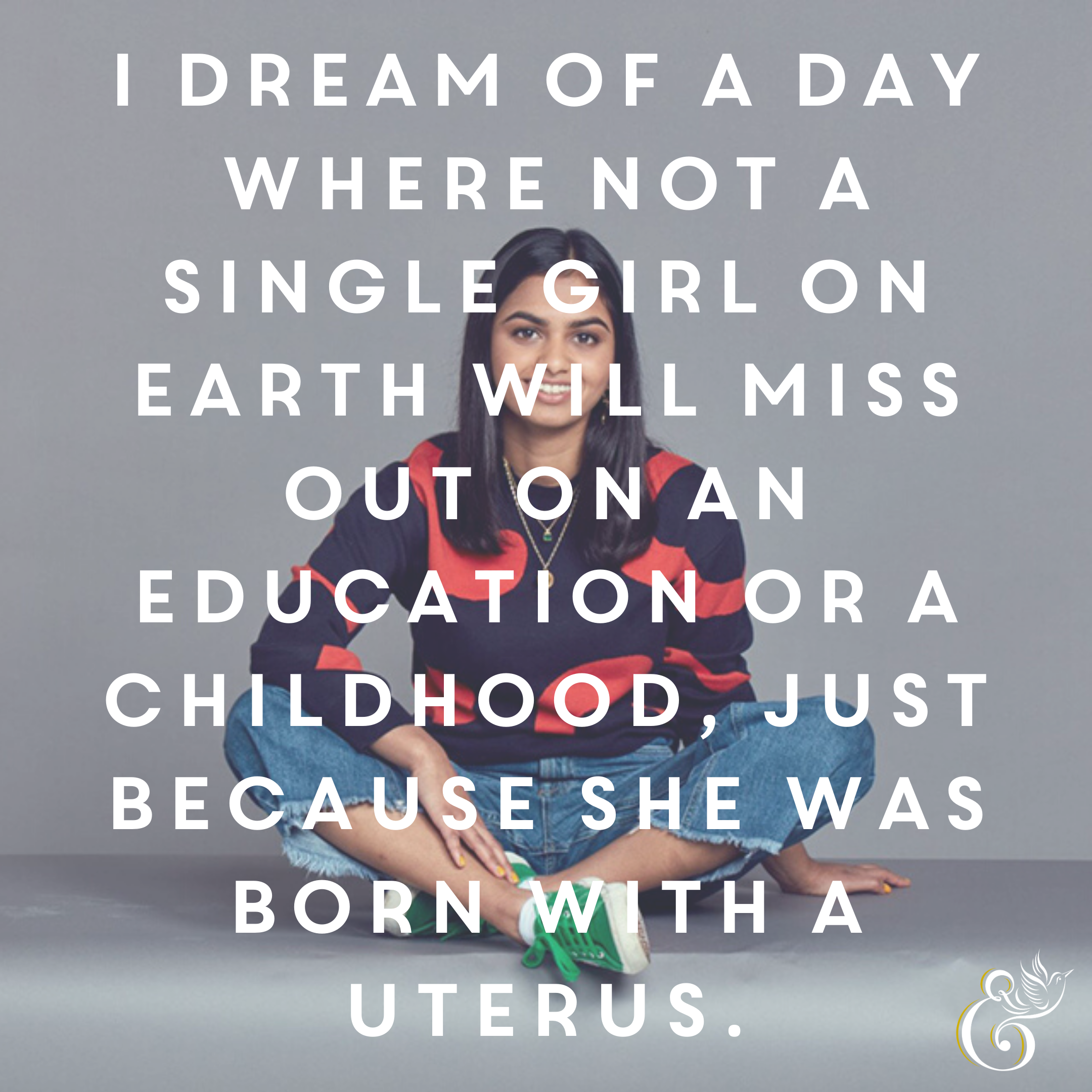 Amika George is the brilliant young women behind the #FreePeriods campaign to end period poverty, which as of January 2020 has resulted in the government introducing free sanitary products in schools across the UK.

Amika started her #FreePeriods campaign in 2017 when she was 17 years old and in just 3 years she has created a global movement to end period poverty in schools – no small feat when you hear that a shocking 800 MILLION girls around the world miss a week of school each month due to period poverty. EIGHT HUNDRED MILLION?!

When Amika heard of this injustice she was inspired to bring about change for the masses, a truly inspiring woman who shows no signs of stopping as she now takes her campaign global! In 2018 Free Periods won the Campaign Award at Goalkeepers, New York, from Bill & Melinda Gates and the United Nations and was propelled into the global spotlight. Amika has since taken the campaign to a global audience, highlighting the need for an immediate need for international governments to take action.

I hope that women like Amika will be part of the reason why the next generation, will be surrounded by powerful women, as women and girls eliminate imposter syndrome and step into the limelight