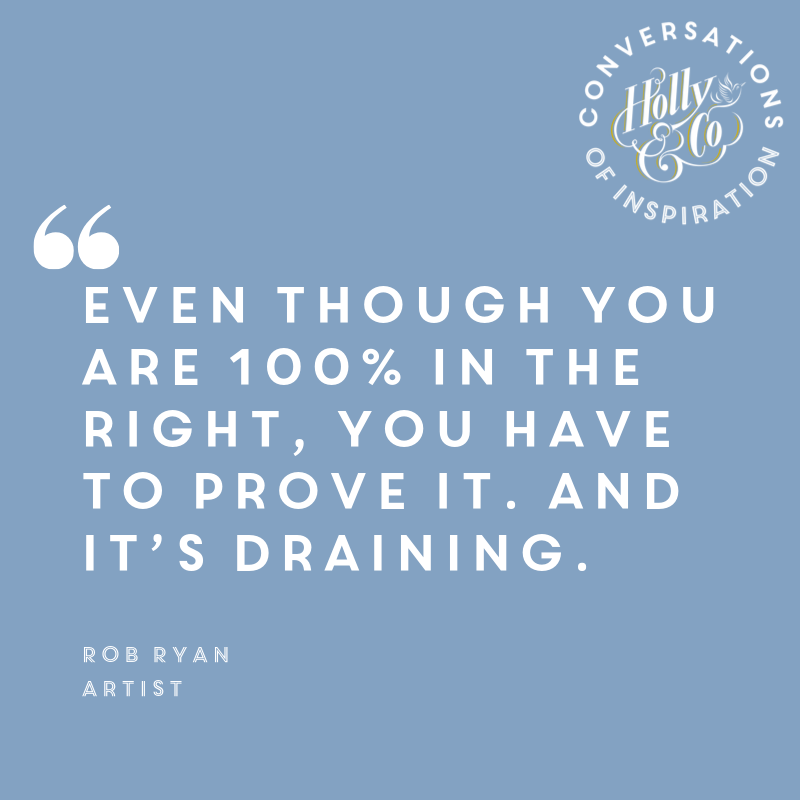 Have you listened to this week’s episode of Conversations Of Inspiration yet? It was an utter joy to record, not just because I have long been a fan of Rob’s work but because I so adore recording live, as it really is such a special experience and to get to share it is just even better!
.
I wanted to touch on something Rob spoke about, and I know so, so many small businesses struggle with – copying and being ripped off! Hearing this from Rob, whose work I think we can all agree is now quite iconic, I saw almost every face in the audience grimacing and nodding along to what he said – and I think feeling reassured that he too has suffered as they have. His advice – to fight fire with fire and beat them at their own game!
.
He signed on for a licensing deal that had been in the background for a while and smartly made sure that everything would have his name on, with his style all over it, therefore getting himself out there and to be known as ‘the guy’ for papercuts. At the time he was quite happy working from his East London studio and stocking his shop on Columbia Road with products fresh out the kiln each Friday! But by having his hand forced, I think you can’t deny it helped establish him?
.
And I know that not everyone will have an opportunity like that waiting in the wings, but it made me think that seizing the chance to get your name and style in as many places as possible – be it through collaboration, social media, selling in person, getting stocked in shops, contributing to goody bags etc – can only help in marking your territory so to speak.
.
And if you are copied, fighting it is not the easy option but with the power of social media and the communities many have on here, you have a crowd to call on for help! xx