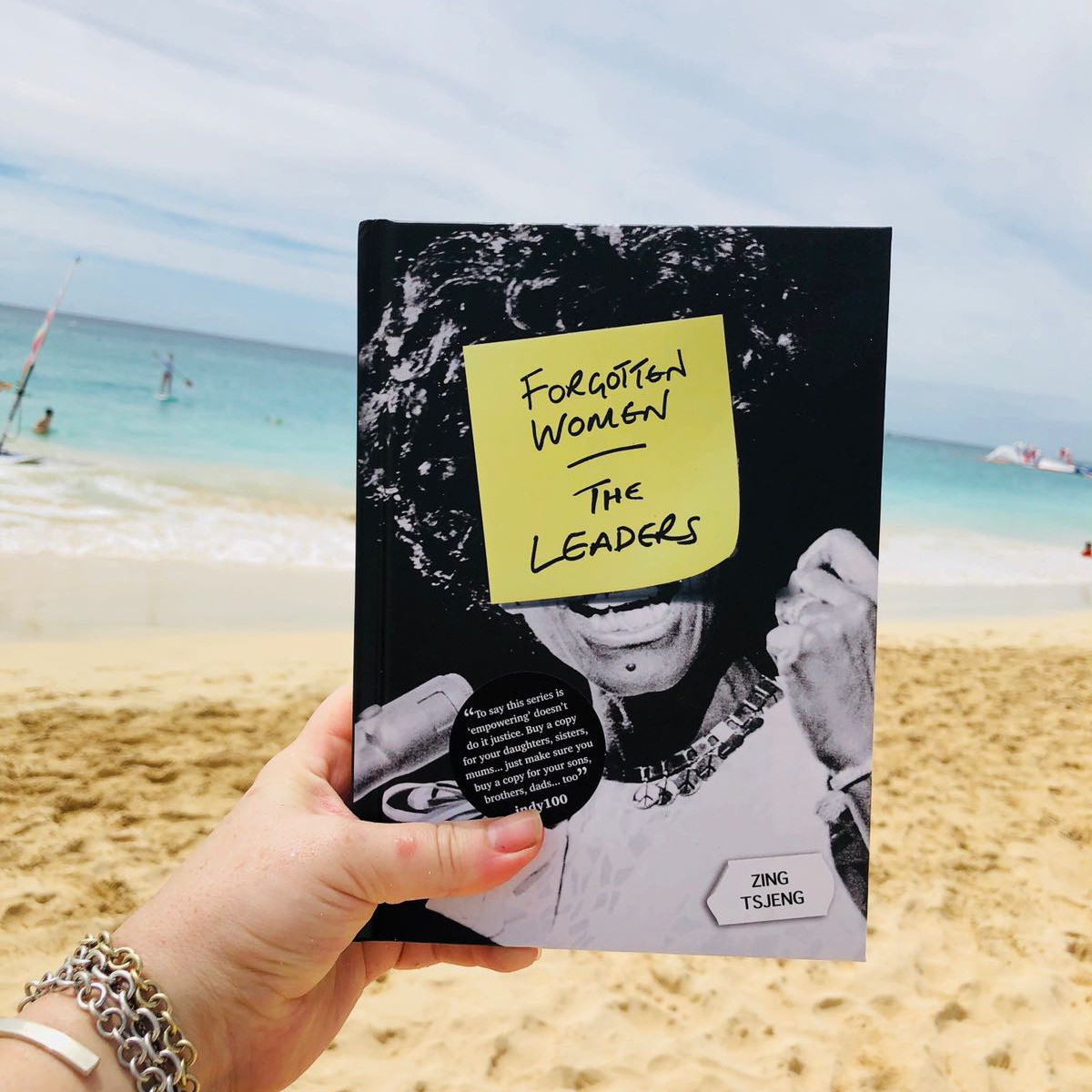 I did quite a bit of holiday reading and I have to say this book, Forgotten Women: The Leaders, is the best thing I’ve read in a long time. I just couldn’t believe how many women have shaped our world, and yet if it wasn’t for this book, I’d never of known about. You only hear and learn about the men! Think about it? It’s really quite shocking.

The great thing is, with roughly 3 pages per woman, you can just dip in and out of their stories as you please. The women who shaped and were erased from our history are plentiful. You literally won’t believe it. The Forgotten Women uncovers the lost histories of the influential women, who have refused over hundreds of years refused to accept the hand they’ve been dealt and, as a result, have formed, shaped and changed the course of our futures. A few of the highlights I learnt about were; Grace O’Malley, the 16th century Irish pirate queen, Sylvia Rivera, who spearheaded the modern transgender rights movement, Agent 355, the unknown rebel spy who played a pivotal role in the American Revolution, and Noor Inayat Khan, who went undercover to spy for the French Resistance and became Nazi enemy No 1.

The book is divided into Leaders, Rebels, Warriors, Rulers, Activists and Reformers – rebellious women who defied the odds, and the opposition, to change the world around them. You must buy this for your daughters, sisters, mums, aunts and nieces, but I think it’s an equally important read for your sons, brothers, dads, uncles and nephews, too. We should all be far more aware of these amazing women, so that we can make sure they are never forgotten.