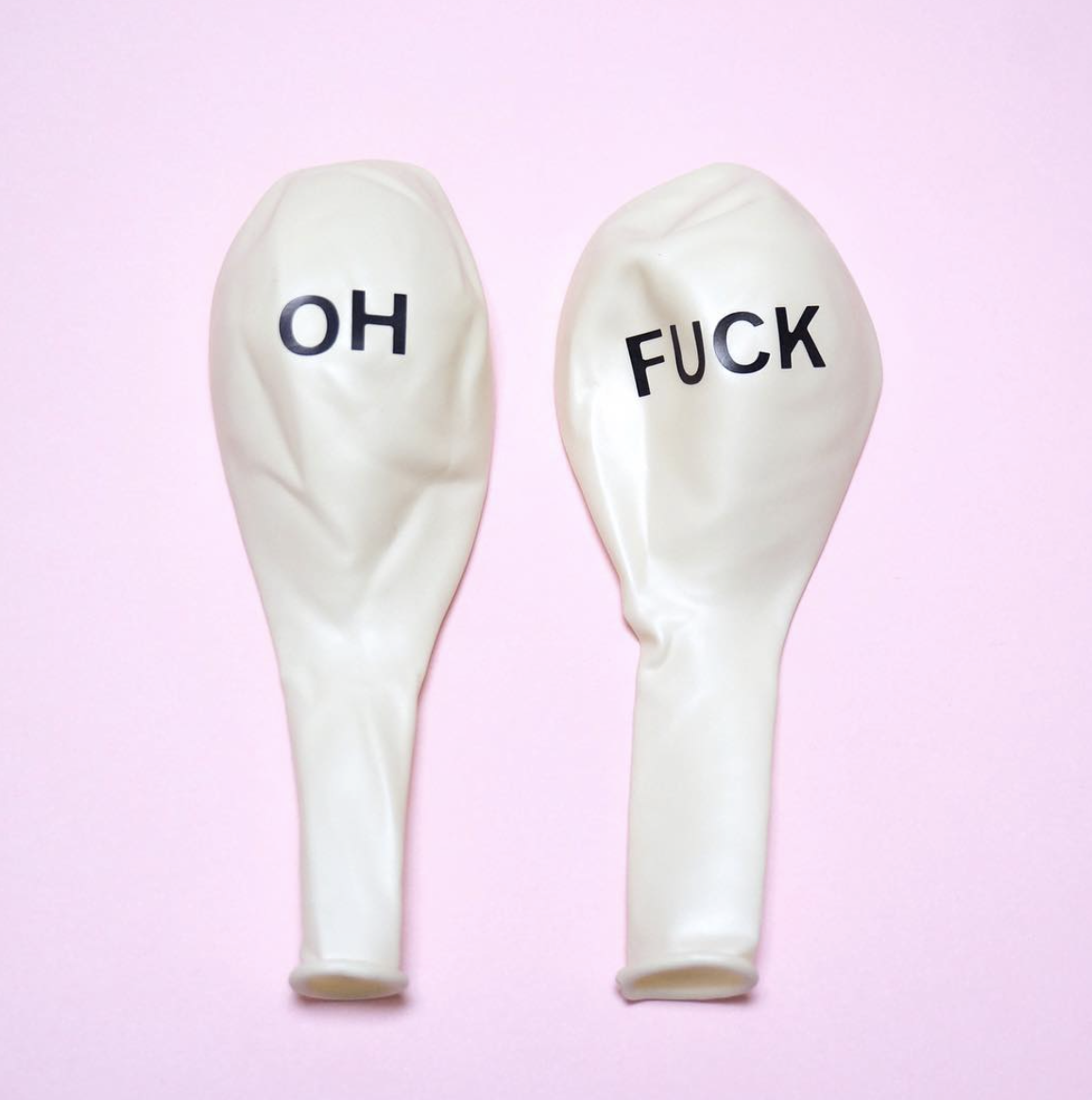 Fucking it up: it’s ok not to be ok

We live in a world of unattainable Instagram reality, of social media pressure to be ‘perfect’ all of the time. It’s easy to feel downhearted scrolling through the feed of ‘super-mum’.  Who runs a small business but still gets up at 5am to bake organic blueberry muffins for the children, do the school run, then rush off to perform open heart surgery, all in a day? It’s not real. It’s the 2017 version of Photoshop. We want to encourage people to be real and share honest accounts of their lives. Even, (especially) the fuck ups. Actually that’s what Holly & Co is all about – us sharing the highs and the lows.

Learn from the successful entrepreneurs – failure is a part of success. From Richard Branson to Steve Jobs, many great achievements would not have happened without previous failures.

When starting out in business it is pretty much guaranteed that you fail at something. See these failures as experiences you can learn from. Remember that yes, this is your life, but you’re also building a business.

Being an entrepreneur is risky business. If you’re committed to being a successful entrepreneur you will need to take risks to both start, and grow, your business. Get comfortable with taking risks and learn to live with the fuck ups. It will make you a stronger, more confident business person.

As an entrepreneur, you’re your own teacher. It’s a steep learning curve. And the decisions you make are truly your own.

If you try out a new idea, whether it’s a new product or a new marketing strategy, and it doesn’t work out, you will know what not to do next time.

Reflect on what went wrong. Was there a flaw in the product? Was it a problem with finances? Or was it something out of your control? Invest time finding the cause and create a plan to avoid repeating the mistake.

The way you handle your failures, not only says a lot about your personal character, but of how you behave in the business world. If you’ve experienced failure and give up immediately, people might feel nervous about investing with you. It’s not the fact you failed that matters; it’s how you pick yourself back up and keep going. How you learn from mistakes and keep chasing success.

Everyone fucks up sooner or later. Fact.

I know entrepreneurs, creatives and freelancers hear it every day. Don’t give up. Quitting is for the weak.

There’s a reason for that. The reality is, you are going to fail at some point. There’s a point where you have to accept that the path you’ve been on, and the product you’ve been building, and the profession that has taken centre stage in your dreams, are not the right fit.

There’s a real problem with how we view failure. Billionaire business leaders are praised for all the times they fucked up and rebooted themselves. But when you’re not at that level (who would want to be!) when you’re still going through those failures without a big break, failure feels like something to be ashamed of.

You’re going to come up against some moments in your life, both professional and personal, where you can’t win. No matter how much you believe, how focused you are, or how productive you can be, there are always things that cannot be done. Or that cannot be done by you.§

It may be that your product is right, you’re right, but the timing is all wrong. The strategy was wrong, or the marketing was off.  You’ve got to be a big enough person to see through your ‘reality distortion field’. When we idolise the failures of billionaire founders and successful artists, we tend to only focus on their iterative process. What we call ‘fuck ups’ are rebranded as ‘tests’, ‘hypotheses’ and early versions of future successes in the 20/20 of hindsight.

The urban legends of entrepreneurship go something like this: “I started a company and things were bad. We struggled. I ate only beans on toast for months. The cheap kind of beans. But I stuck with it, and now here I am, all successful and shiny.” It’s a lie!

But in Silicon Valley there’s a growing trend of entrepreneurs wearing their failures on their sleeves.  One of Silicon Valley’s key advantages is a culture that embraces entrepreneurial failure. If someone says they’re working on something or their company didn’t work out, it’s perfectly normal and accepted. Now failure is emerging as a badge of honour among Silicon Valley start-ups, and blog posts are proliferating on how and why their start-ups failed.

In a post titled ‘Today My Start-Up Failed,’ entrepreneur Chris Poole did not sugar coat his words. “No soft landing, no happy ending — we simply failed.”

His tone was confessional. “Few in business will know the pain of what it means to fail,” he continued. Poole explained to his readers that, “it may seem surprising that a seemingly successful product could fail,” he wrote. “But it happens all the time.”

Beyond Silicon Valley a company called Fail Forward, consults with companies looking to examine and learn from failures.  Ashley Good, Chief Executive and Founder of Fail Forward suggests, “say to yourself, ‘just because I failed, doesn’t mean I am a failure.’ ”

Failure has been “significantly destigmatized” says Dr. Michael Freeman, a psychiatrist who specialises in entrepreneurs. “If you fail, some investors believe that you’ve got the guts to take it to the mat. That you’re not personally going to be so damaged by adversity as to lose your persistence in business. That you’ll fight.”

Entrepreneurship maybe in, but the urge to innovate, to create something out of nothing, has been part of human culture for centuries

A young business is volatile. Don’t see the outcome of your business as a reflection of your personal success or failure in life. Can you control the economy, catastrophes, or your industry as a whole? No.

Success is a climb. It’s undulating with unpredictable ups and downs. Success is always built upon risk, change, and personal growth. The journey teaches you to cope with failure. If you want to succeed you must have resilience.

The fact is, you probably won’t make a lifelong career from your first business. As long as you learn from your mistakes, serial entrepreneurship (and fuck ups) are okay.