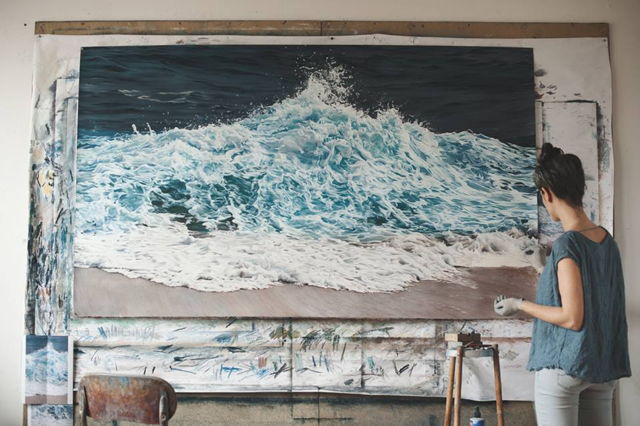 How to weather stormy days

You’re feeling so full of beans and then, when seemingly only a second has passed, you’re in an almighty downpour. The saying, ‘If it doesn’t rain, it pours’ comes to mind because that’s how it feels when you’re in a shit storm.

Then come the crisis meetings spent talking about the same issues, time and time again.

What do we do when the sea turns choppy? We don’t give up, say a prayer or let the sea eat us up. No! We fight and we survive! We make the decision and choices we need to, to get off that wave and find calmer waters – fast!

We’re all in this shared ocean. Some getting life jackets out, some battling a swell like you’ve never seen before and some catching a tan in the tropical sea. However huge those waves, remember, they WILL pass and soon it’ll be your turn to rest in calmer waters and bask in that sunshine. You need to ride it out, to find a way to cope under the pressure that inevitably comes  (quite frequently) from running your own business.

We know it’s hard but try to stay calm, rational and not to react immediately. BREATHE. In these times of crisis find your own moment of calm with the 2/4 breathing technique. You inhale through your nose deeply for two seconds and exhale through your mouth completely for four. Try and focus completely on this breathing and your body should relax and begin to turn off that adrenalin tap, enabling you to think more clearly.

Take a step back and gather as much intel about the situation as you can. Get some perspective by asking yourself, ‘In a year’s time is this really going to matter?’ If the answer is no, move forward quickly without spending too much more of your valuable time and headspace on this pesky issue that’s chopping up your waters.

If it’s a yes, try to distance yourself emotionally so you can make clear decisions. Call a mentor or someone you respect and talk it through with them – someone who’s impartial will ask you pertinent questions, will be able see the situation clearly without any emotional clouds and will hopefully help you steer towards your own solution. A mentor you can trust, who can be your compass in stormy times is worth his or her weight in gold.

Think of yourself as the new captain of a new ship – you’ve got L plates on. It’s going to take a while for you to get to know how to read the forecast and be ready for the incoming squall, to figure out which tricky currents to avoid, where the rocky patches are likely to be (and how to avoid them) and how best to react when you’re in the eye of the storm. As an Artisan or a creative running your own small business for the first time, you’re effectively in uncharted territory – always. Actually, however long you sail the seas, it can never be predicted. Can it?  But with each torrential downpour you are learning and becoming more of an experienced salty sea dog.

Japanese author Haruki Murakami writes in Kafka On The Shore, ‘Once the storm is over you won’t remember how you made it through, how you managed to survive. You won’t even be sure, in fact, whether the storm is really over. But one thing is certain. When you come out of the storm you won’t be the same person who walked in. That’s what this storm’s all about.’