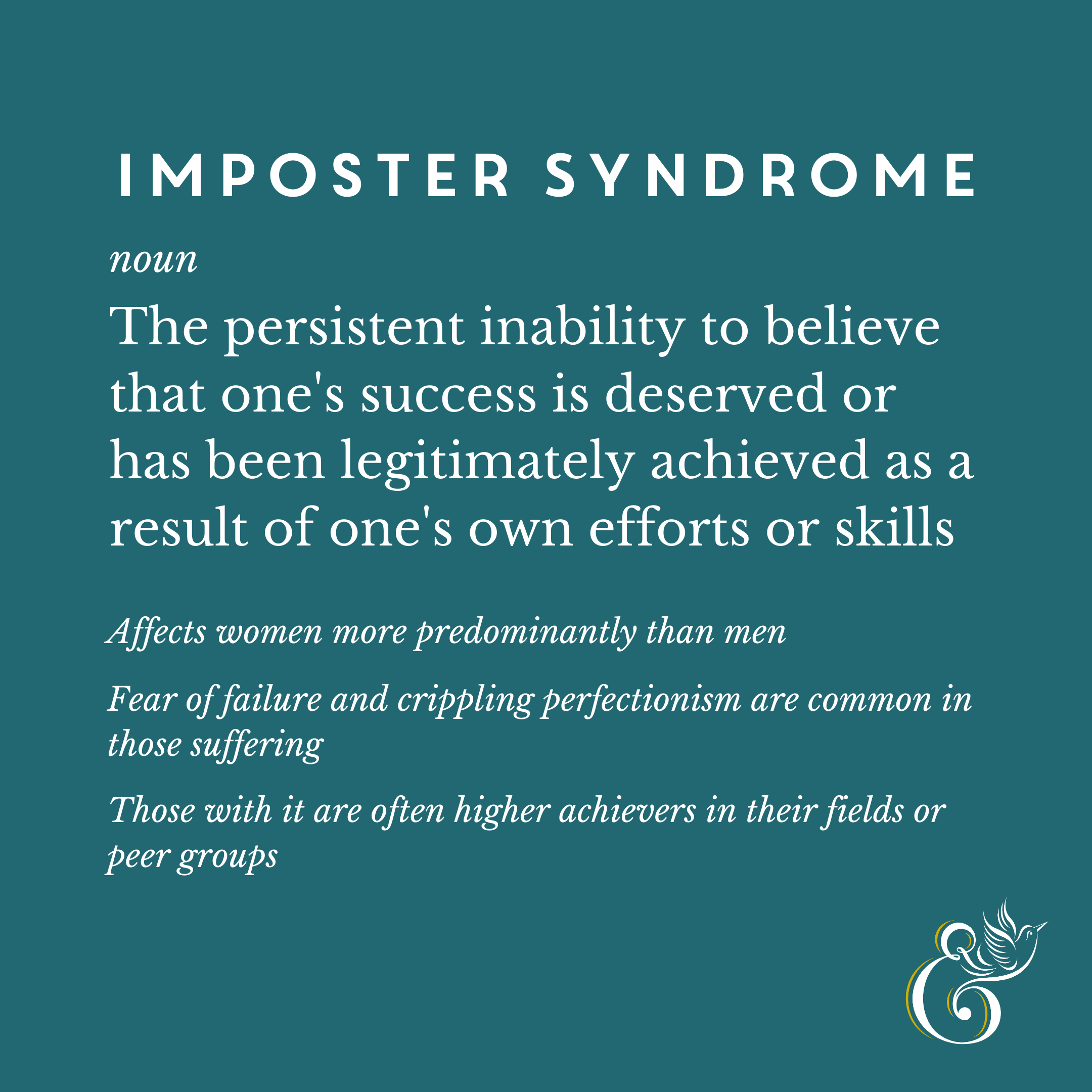 There are three main areas I want to focus on this month, but in ways that we can move the conversation forward, to inspire change. And the. Imposter Syndrome is a term that we’ve all heard, but do we really know what it means, and how to tell if we have it? And how do we move forward, once we know either way?

Coined by two (female) clinical psychologists in 1978, Pauline Clance and Suzanne Imes – they found that ‘despite having adequate external evidence of accomplishments, people with imposter syndrome remained convinced that they don’t deserve the success they have.’ Essentially, an overwhelming feeling that you don’t deserve your success, putting them down to luck, good timing or just being in the right place at the right time. It’s that squirming sensation when you feel inadequate to be in ‘that room’ – be it the board room, the bank managers office, the panel you’re sat on or whatever your version is, you do not feel like you are qualified to be there.

It’s not simply another symptom of low self-confidence. It’s a constant fear of exposure, isolation and rejection. It often strikes at moments of success and research from 2011 suggests approximately 70% of people will experience it in their lives.

But the thing is, for some, it’s a niggling feeling at times when we’re on the brink of achieving something bigger than we could have dreamt of, for others, it’s crippling their ability to succeed or achieve what they’re capable of. And working out where you sit on that scale, is key to keep moving forward. The key is to know and then either not create another label for yourself, or understand that it might be time for some rewiring. The aim is we all move forward.

I’ll be picking apart the symptoms and how to diagnose in a later post, and will also be hosting a series of IG LIVE videos with experts throughout the month to discuss the three things I think are holding women back, starting with imposter syndrome! Sound interesting?