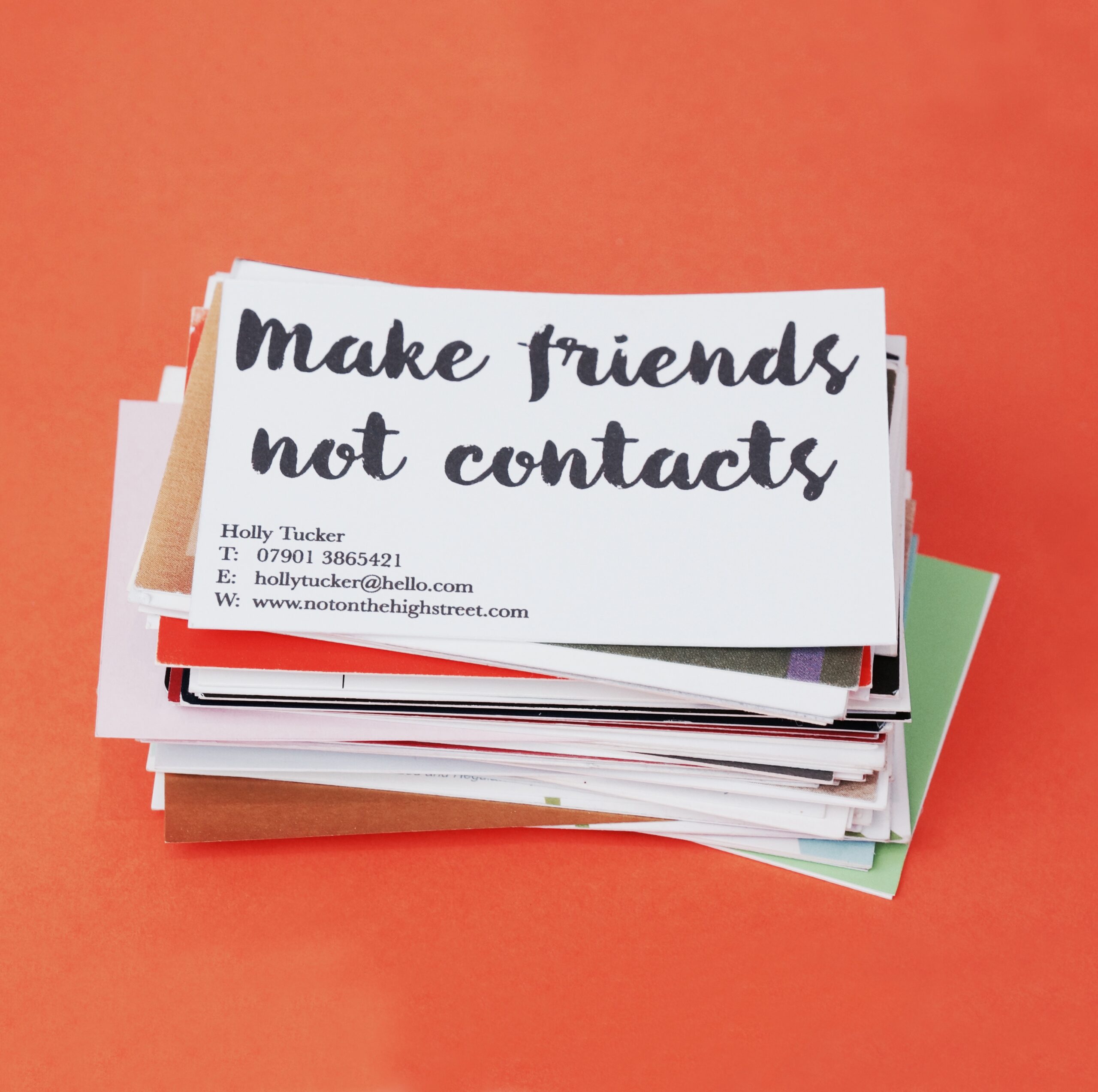 I really believe, that making friends rather than contacts is the way forward. Sometimes you might not realise this, and as we’re all in such a hurry it feels counter intuitive to invest time into a third party relationship when you haven’t tucked your kids in for a few nights, but it’s not.

In the early days of NOTHS, the friendships we had made kept our business alive. Our printers would delay payment for months, our amazing marketing lady took shares rather than payment, and many companies we worked with allowed us to spread payments over a year rather than when it was due! This was seriously helpful, especially when running so close to the wire that you can smell your dress on fire (as we were)!

All of things happened because we had a relationship with our suppliers and people we worked with. In the past, I made time to meet people I’d met at an event and started to build a connection with them. At the time, purely because I liked and was interested in them, low and behold they became crucially important (as if by magic) in unlocking something or helping out the business.

Everything moves at such a fast pace now, and with so much choice out there, I admit it’s hard to do this and it’s never seen as a priority. But it’s such a more enjoyable world if you sit in a meeting with someone and you like them (really like them)!

If you choose, you can create a world where you spend your time with people that enhance you and your team. Maybe make “can you see them at your next Christmas party” a question you ask yourself next time you go in search of people, companies or suppliers to work with?

So make love not war, and make friends not contacts!