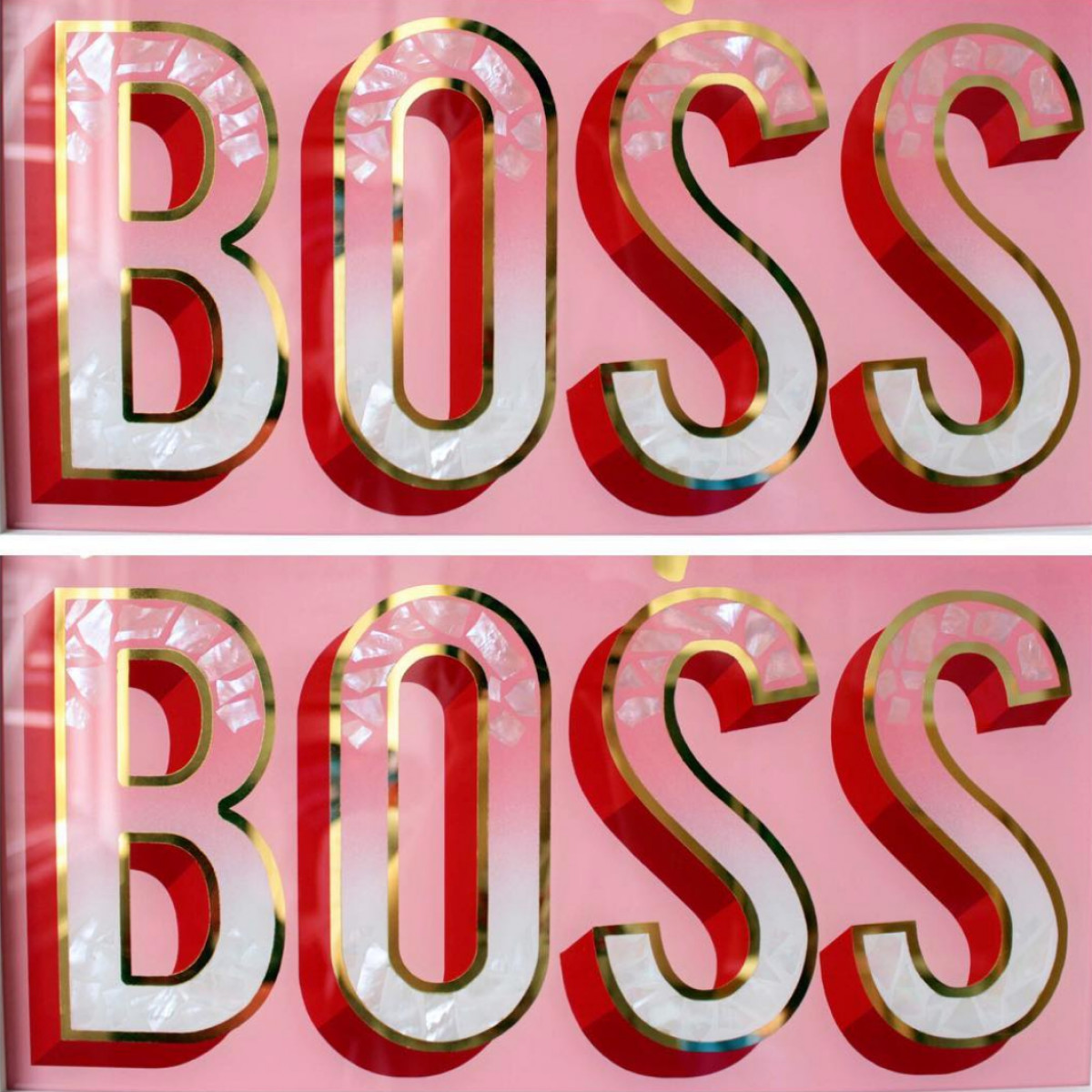 We’re no stranger to maker features at Holly & Co. In fact, it’s one of our most favourite things to do; to shine a light on the amazing artisans around the world, who are living their own colourful ‘Good Lives’, creating incredible items. For March, we wanted to feature makers with a difference, and so this month’s features are all about those subverting gender roles; those who are taking on industries that are considered mostly male or female, and turning them on their heads.

Our second feature is of signwriter and glass gilder, @alexmayhughes. All of us at Holly & Co are such huge fans of her work, especially as a female artist so skilled in a traditional industry. Born and raised in west London, Alex graduated from The London College of Communication in 2012, where she studied Typography, developing her interest in traditional Victorian signage and mirrors. Beginning an apprenticeship after graduation with the acclaimed London signwriter, Pete Hardwicke, she began painting numerous signs and shop fronts under his supervision in East London, developing a particular enthusiasm for working with gold leaf on glass.

Since then, Alex has been working almost exclusively with precious metals and materials on glass, with pearl shell being a favourite. Her popularity soared when she began painting characters from the The Simpsons, which lead to her exhibiting at ‘No Homers Club’, a group show centered around the cartoon at Constellations in Liverpool in 2015.

Now working mostly on commission, Alex continues to create gorgeous custom pieces for many happy clients, showcasing them over on her Instagram, @alexmayhughes. It’s so refreshing to see a woman tackling not just a mostly male industry, but such a traditional one, that deserves to be preserved and prevail. Thanks for sharing your talent with the world, Alex

The power of belief

In what has been a crazy, diary-balancing-act, back to back meetings kind of week, I am reminded of […]

Hi, I’m Holly And I’m Here To Be Your Cheerleader