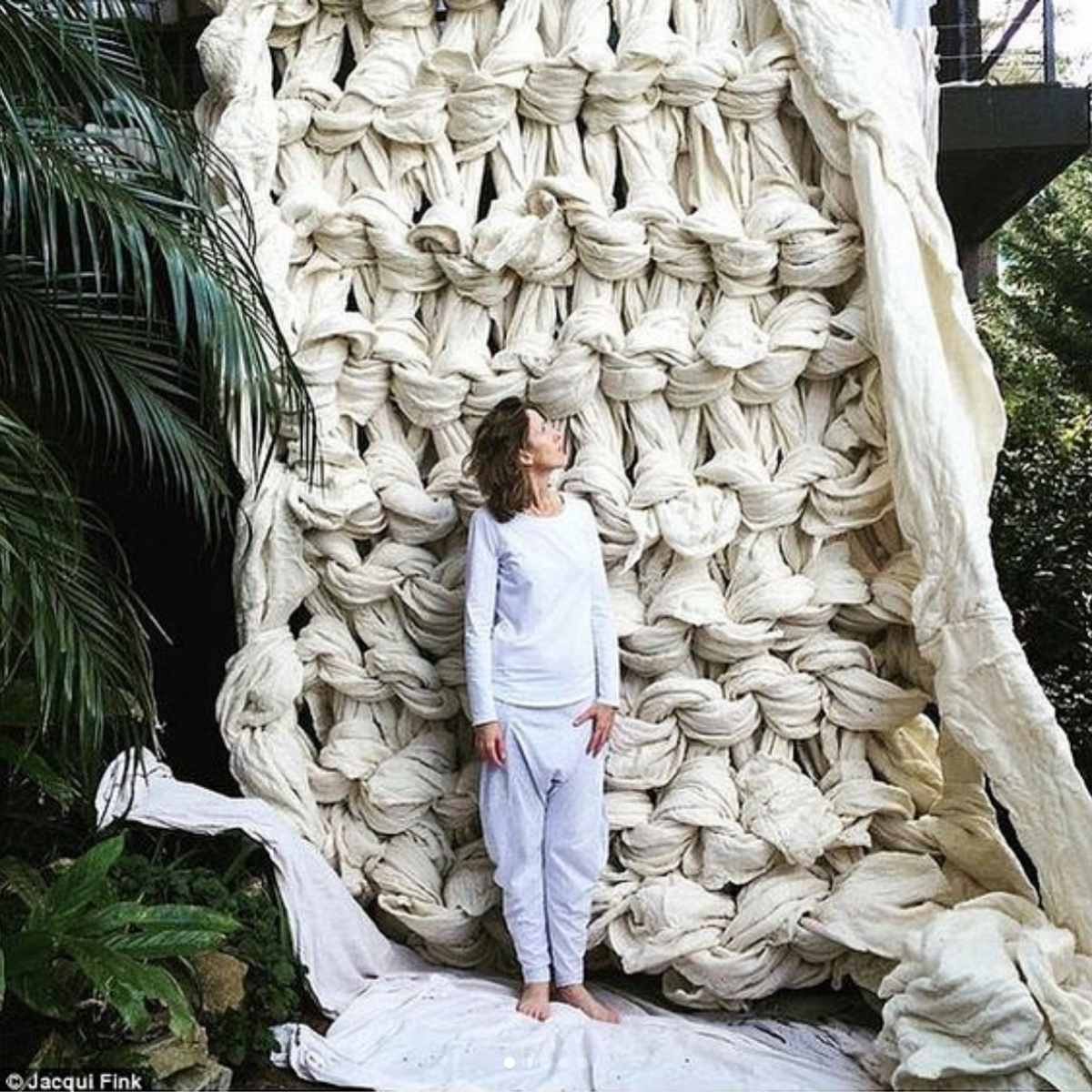 Jaqui Fink is a fibre artist based in Sydney Australia who works predominantly with high grade and naturally coloured merino wools from Australia and New Zealand. As soon as I saw her beautiful throws, I fell in love! I’ve got a (sort of similar) beautiful pink one that sits on my bed, and it’s one of the most comforting, cosy things I own.

Though she had been taught to knit by her mother as a child, the hobby hadn’t followed her into adulthood. Jacqui’s mum had become unwell in 2006, and as a result, Jacqui had been doing a lot of soul searching. Her path was made apparent to her in a dream, “There was no imagery to the dream, it was just dark and there was a big loud booming voice, which said, ‘you have to knit and it needs to be big’! It woke me up from my sleep. Nothing troubles me much, but I was terrified. So I thought ‘right, I think I better listen to that’. And we’re so glad she did!

She’s heralded as the creator of Extreme Knitting (yes, there is such a thing!) which is a technique that uses giant needles and thick yarn to create beautifully unique pieces. Jacqui has even developed her own special K1S1 extreme knitting yarn, which helps overcome some of the challenges of working with unspun wool.

Jacqui believes that handmade products are soulful, authentic and sustainable – she really is the living embodiment of the slow movement. Every item Jacqui makes has been carefully crafted over a set period of time, as she says, “Nothing happens quickly in my woolly world.” Thank you for sharing your incredible craft with the world and the fact I can now say ‘Woolly World’ as an actual thing!