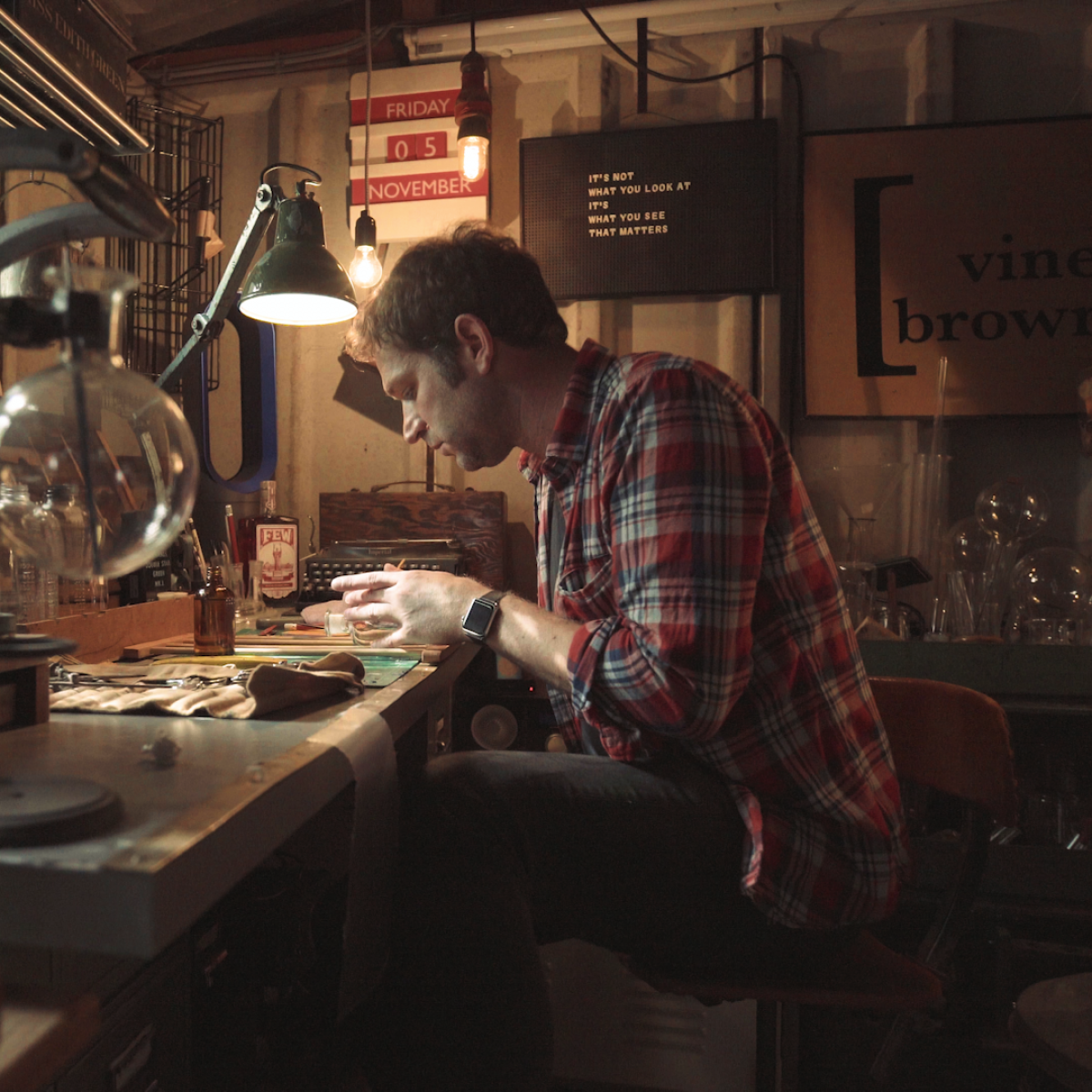 We had to conclude our week of celebrating everything ‘man made’ with one of our dearest friends at Holly & Co, Andy Poplar from Vinegar & Brown Paper.

You may have noticed our slight obsession with his etched objects; not only do we have his beautiful inspirational mirrors and light switch in the Work/Shop, but we also sell his apothecary and milk bottles in store and online.

What we love most about Andy is his honesty and openness in talking about mental health, and the journey he’s been on to get where he is today. Here’s a little bit more about him… Vinegar & Brown Paper was founded by Andy in 2011, after he left his career in advertising. His job in the city had made him unwell, and he wanted to do something different with his life. He was commuting from Leeds to London every day, and at one point he couldn’t remember whether he was going to work or coming home. It’s at that moment he quit his job and decided to use his creativity for himself. Andy describes himself as more of a writer than a maker, but the idea of etching on glass came to him one day when we wanted to put his clever words onto objects that corresponded. Now his witty words adorn beautiful objects, such as apothecary bottles, tape measures, decanters and much more!

We sent Andy one of our exclusive ‘Artisan’ Forest Bound bags for his birthday recently, having designed it with him in mind. You can see him modelling it beautifully over on his Instagram account, @mendyourhead.