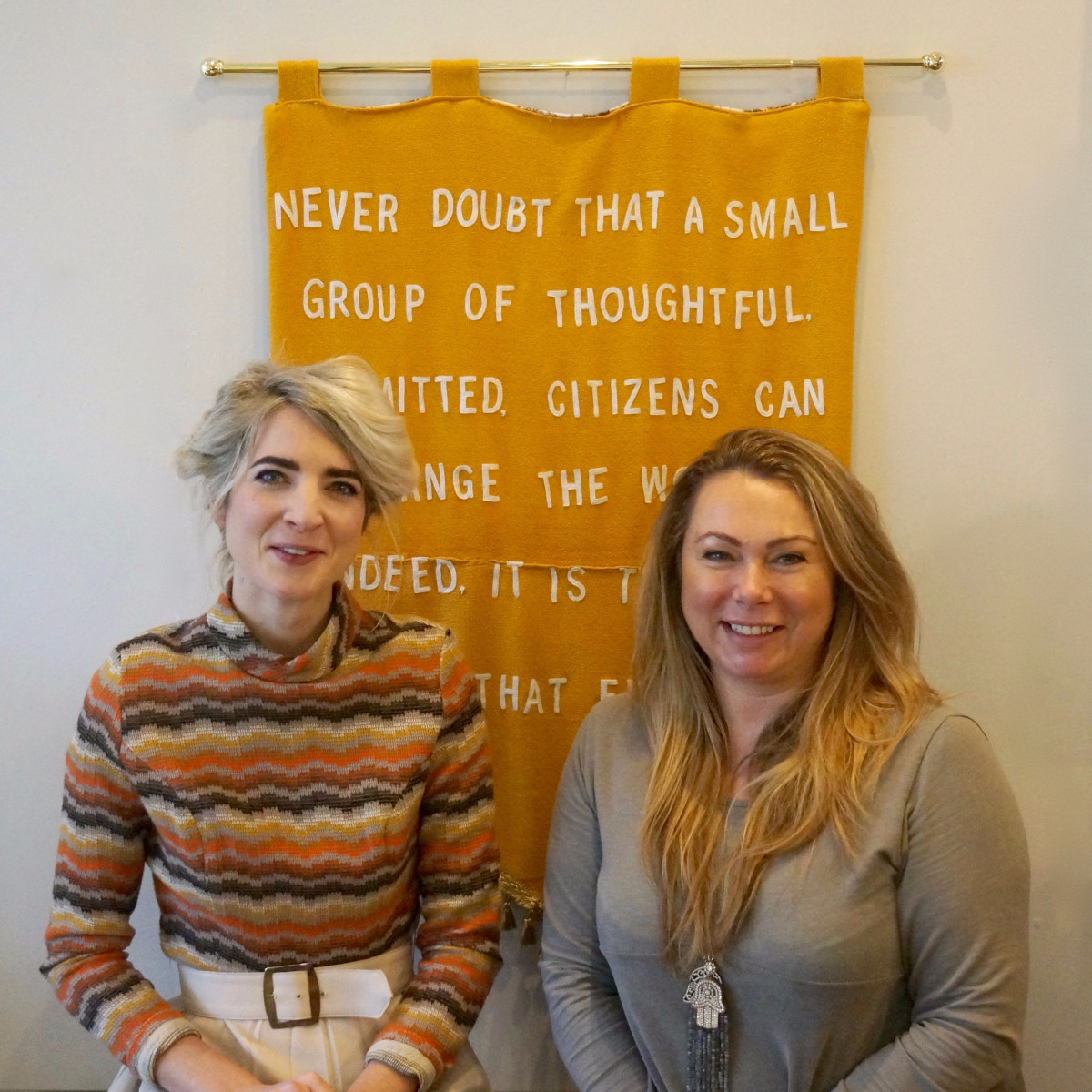 By now, you’ll have seen our beautiful manifesto wall, filled with flags and banners of inspiration and support for #campaignshopsmall. Sat at the very heart of it is a gorgeous banner that proudly bears our favourite Margaret Mead quote, ‘never doubt that a small group of thoughtful, committed citizens can change the world; indeed, it’s the only thing that ever has.’ This piece was created for us by London based illustrator, designer, and modern calligrapher @alicegabb.

Our path to Alice was quite serendipitous, so when we were planning to launch our campaign and create our beautiful protest, I just knew we had to work with her somehow. Alice studied at Wimbledon School of Art and then went on to Bath to do a degree in Graphic Communication, specialising in Illustration. She now works from her studio in east London, where she designs and illustrates, creating everything from stationery to event signage.

Alice created a series of banners called ‘Moral Fibres’, which this one forms part of. She was inspired to create this range after a study of protest art during a trip to the U.S, which saw the inauguration of Trump, the Women’s March, and the historical ceremonial banners of Trade Unions and The Order of the Odd Fellows. Despite these being trying and uncertain times, what shone through were the beautiful messages of support, encouragement, and positivity.

Alice popped in today for a coffee, to deliver the most breathtaking pieces for my home, and also mend a tassel (attention to detail and all that!) on our pride and joy piece in the shop. What a lovely woman she is… LUCKY US!

We’re delighted to have this powerful protest piece as part of our manifesto wall, thank you so much, Alice, for sharing your gift with us all.