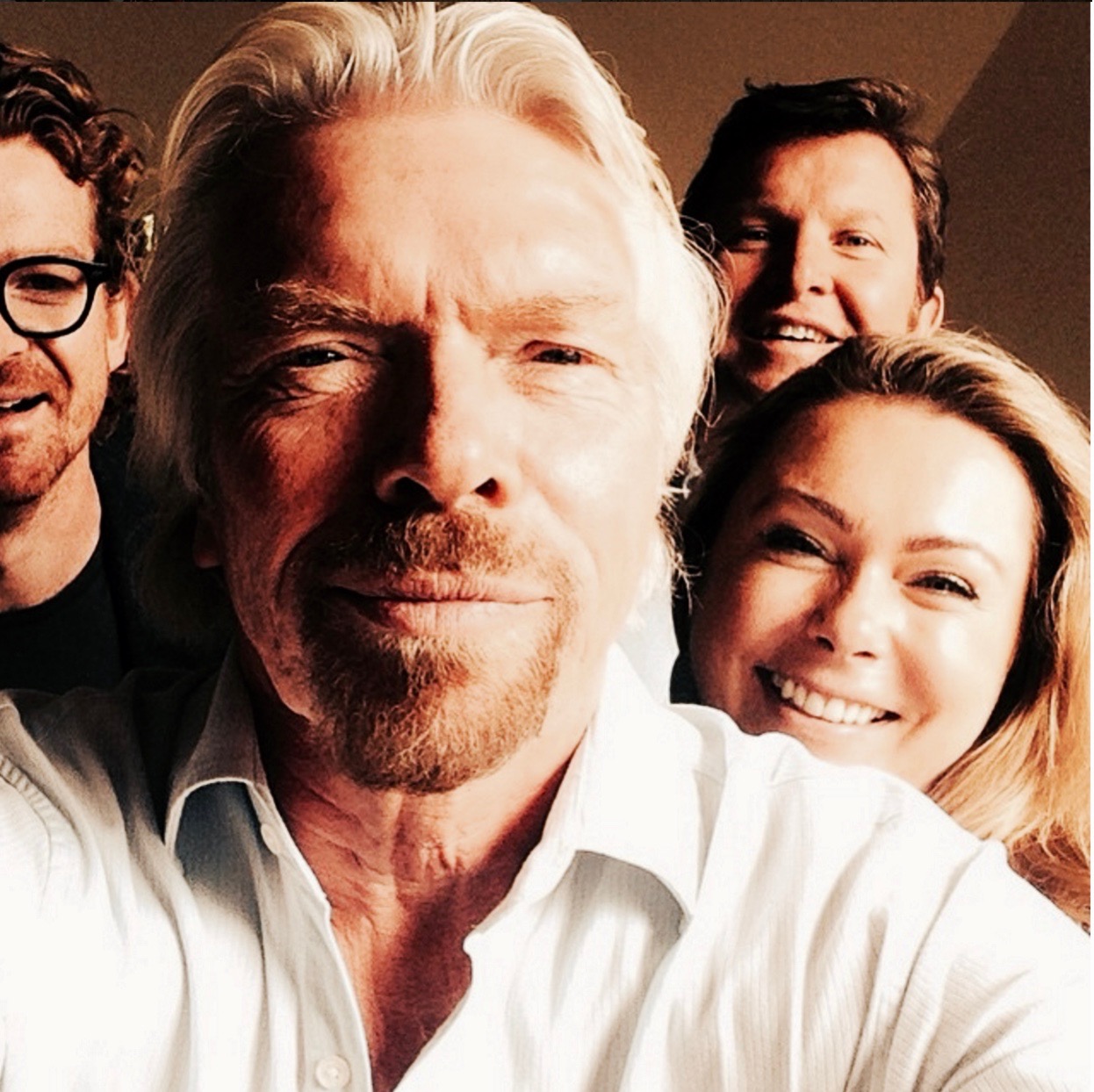 Who inspires me: Richard Branson

I was lucky enough to be asked to judge the ‘Pitch to Rich 2014’. Not only was the memory made even more special by being held at Richard’s home but we had this very unexpected bizarre moment – Richard, decided to take a selfie! He didn’t quite understand what it was as he’d only taken one before and that was with Barack Obama(!), so you can imagine my surprise when he asked me to set up the shot on my phone and we all huddled in together and took a series of ‘pinch yourself’ snaps.

I’ve greatly admired Richard since I thought about getting into business as he always challenges the usual. His take on business (read all about it in his books) is a breath of fresh air and more people should follow in his footsteps. It’s his acceptance of his strengths and weaknesses and his courage to be open about them that really made me notice him. When you meet him you realise that ‘business’ does not need to be conducted in such a ‘cookie cutter’ way. It gives you the confidence to listen to your gut more.

There he was talking to us about entrepreneurs and the problems they face around the world. Not at a desk in a suit but in jeans, t-shirt, no shoes on – with feet pressed against the table. It wasn’t showing off – it was him being natural. Instantly calling subconsciously for all of us to be our true selves. It was utterly refreshing.

Don’t be fooled by the life he has now. Every part of it, he has worked incredibly hard for. He is one of the few UK’s shining examples of entrepreneurism. A few of my fave quotes:

“You don’t learn to walk by following rules. You learn by doing, and by falling over”

“Money is a poor indicator of success”