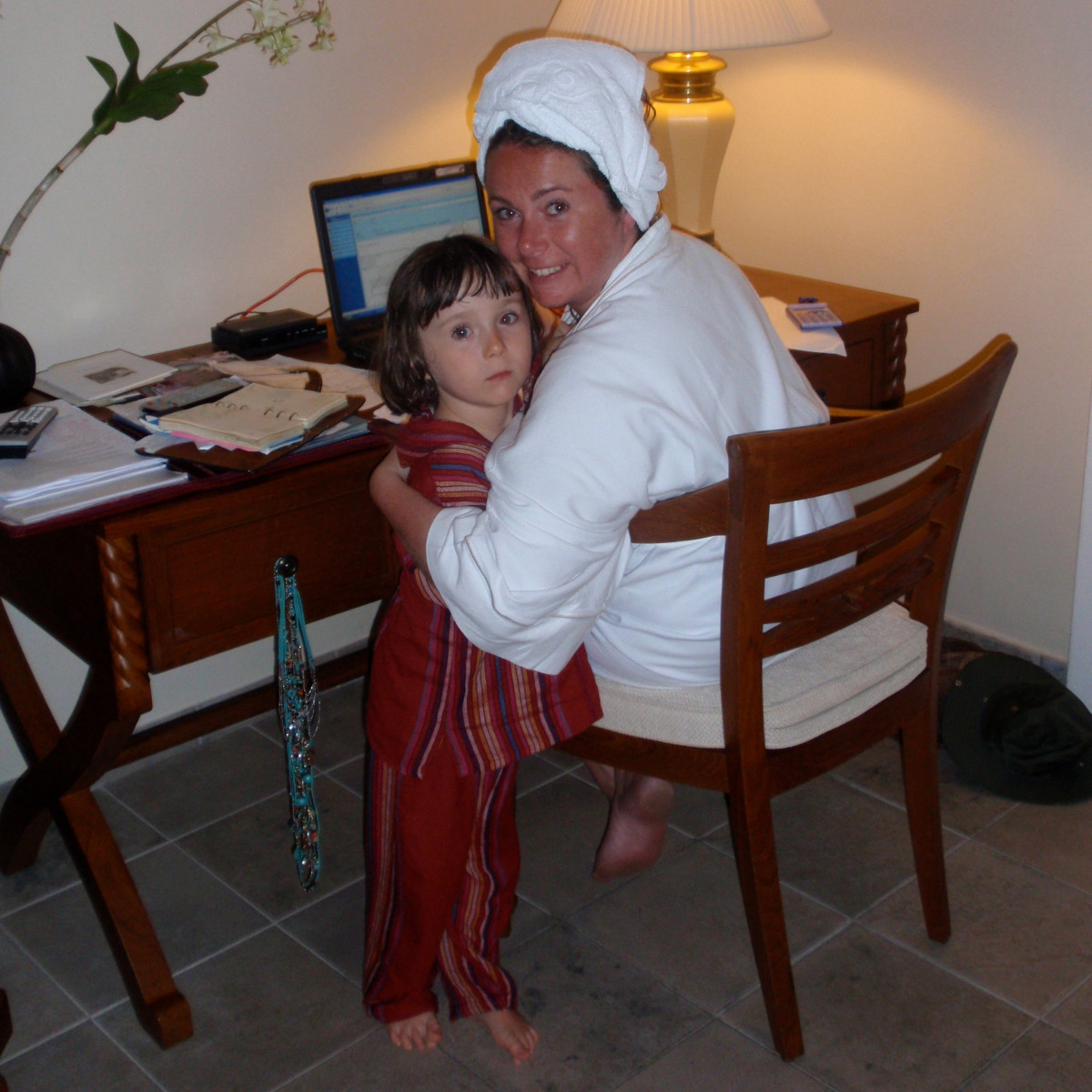 Sharing a memory, that made me smile. This was the first holiday (proper holiday!) with Harry and NOTHS. It came at a breaking point for me personally, so the break was much needed to try and keep me sane. NOTHS was taking off, but the growing pains were unbearable and tensions were soaring everywhere. Not due to Harry’s questionable ‘bowl’ haircut, but thanks to bringing up two children at once – not knowing what I was doing with either. I remember it took forever to make the decision to go, as money was tight, but we needed a ‘treat treat’. I’ll always remember the prep to even get into the air with the days of hand-over notes. And once there, the first experience of properly not being able to switch off. We were working for hours and hours, as we had to be ‘on it’ 24/7. Everything was life and death. But there was pride in my belly. I had a desk in my room and not just any room! Two rooms in a posh hotel with white sands and rose petal pre-run baths. We were so over excited, that when we checked our bill two days in, we’d spent our entire spending money budget in 48 hrs – no joke! So the credit cards came out and we managed to fill two of them, which in the holiday taking two years for us to pay off. It was such a special break that Frank and I often refer back to it. The ‘have we made it’ holiday? Would my hard work allow us to have these special, once in a lifetime moments? The answer was ‘yes’.

But what I’d tell myself now, would be that one should be careful of what you get accustomed to. The world you set yourself up to lead and then need to maintain. Life can turn on a sixpence and how much better is it to be able to lead a life that doesn’t rely on your highs. That actually, sandcastles can be built anywhere and that it was Harry’s little face and haircut, that made me full with happiness. The work I was doing, that gave me purpose. That the expensive peanut and gin cocktails were just peripheral; the dance one thinks you need to move to, if you’re ‘successful’. It’s all about building a world, that you can maintain, nurture and breathe in. Here’s to the ‘Good Life’ businesses.