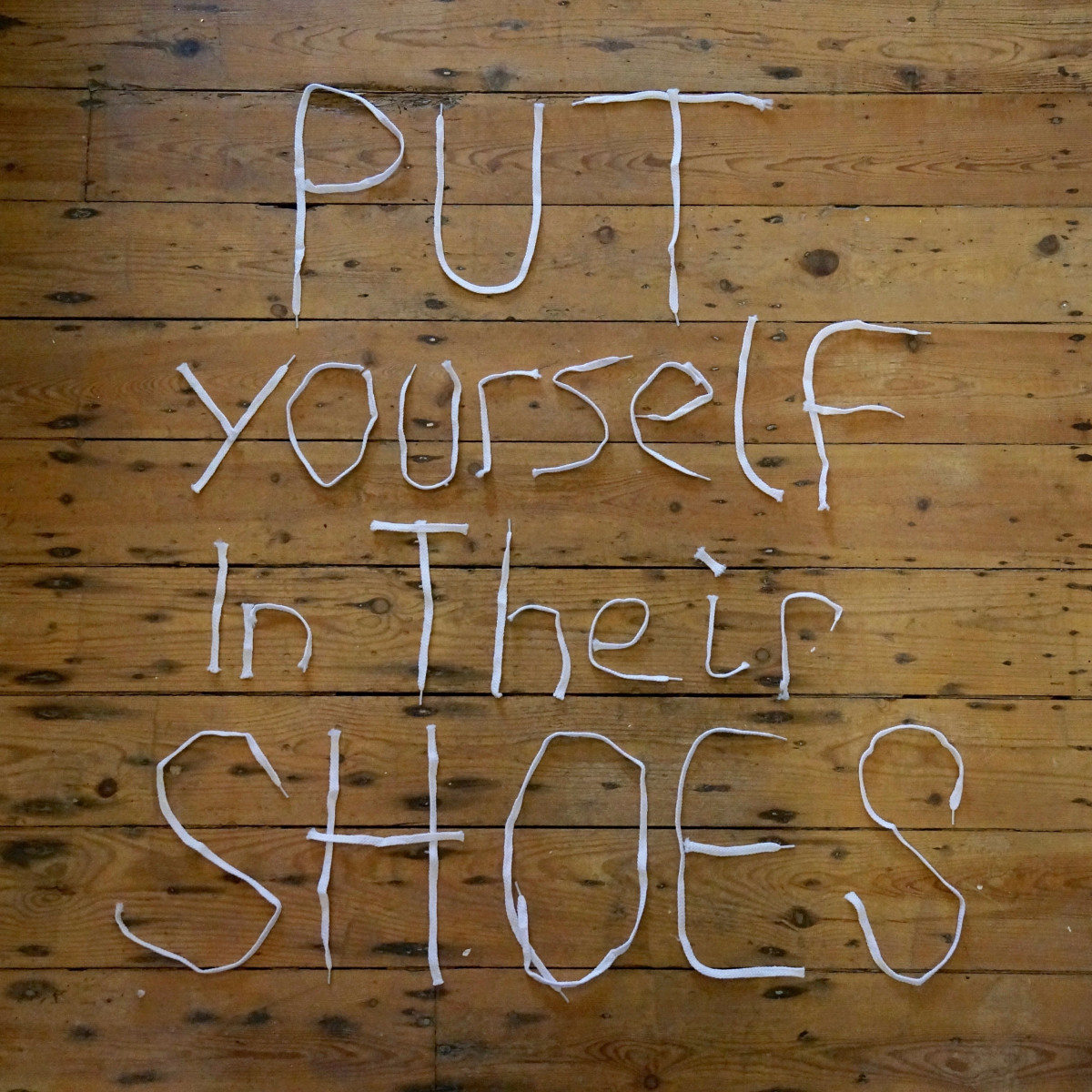 The Age of Empathy

When I think about what makes some small businesses so powerful, it’s their ability to empathise and take that empathy and develop products or services. It’s one of the most powerful abilities in business and of course, life in general. When you think, that Barack Obama once claimed ‘empathy deficit’ was more of a pressing problem than the federal deficit in America and held the key to bringing the US together, it really makes you think. A word rather young in existence, but very powerful if understood correctly.

I think if you asked my team, they’d say that empathy was one of my stronger qualities and certainly something I want to ingrain in Harry. From a very young age I’d ask him to tell me how someone felt. Encouraging him to talk about the emotions that they’d feel, rather than what he felt or what they did. After 12 years, I now have a son who I couldn’t be prouder of. He’s in tune with people, what their journey might mean to their thoughts and more importantly, how they will view a situation differently to himself. And that’s okay, if they think differently to him. It doesn’t mean they’re wrong.

The word first appeared, misspelled as enpathy, in a 1909 lecture by the Cornell psychologist Edward B Titchener, and in a translation credited to the Cambridge philosopher and psychologist James Ward the same year. Inspired by the German aesthetic term Einfühlung, meaning ‘feeling into’. Lots of experiments were done and they finally could draw a real difference between the far older term of ‘sympathy’. Up until this point we could think that empathy was sympathy – which we now know it’s not.

Being empathetic means that you are there for the person and that you are trying to feel what they feel, so that you can be by their side. You are willing to put yourself in their shoes, however painful – to make them feel less alone.

Mirror neurons, are the elements in the brain that allow you to recognise human emotions and feel a similar feeling to the human you are observing. It’s why if you looked at someone crying, you would feel an element of sadness too. This suggests (thank the lord!)  that we’re actually not soft wired for aggression, violence, self interest, utilitarianism. We are actually soft wired for sociability, attachment, affection, companionship. The first instinct, what’s buried right inside of us, is the drive to actually belong. It’s an empathic drive.

It’s not such a big stretch to imagine that with the new technologies, our empathy spreads to everyone in the human race. Quite seriously. We have the technology now to think as ‘one big family’. You only have to look at the impact of Instagram. How connected does makes us feel? How you can empathise with someone you follow and that you may have never met before? You can really see when tragedy hits, as within moments there is a huge outpouring of love and support for those across the world.

Just look at our social channels and what happened after the recent events in the UK? We are connected to another level now. Our hearts break for the people and families involved. We open our doors, we run into the issues (physically and virtually online) to defend our people, our nation and our cultures.

As I mentioned, I think that having empathy at the heart of your business is something so powerful. It’s what makes a brand ‘feel’ and be ‘felt’. When you can have that sort of relationship with your customers, this is when you start winning and when you walk away from having this at your core – it’s when tough times will hit.

If you are empathetic it can make you more of a creative thinker and certainly can improve your relationships with your customers, colleagues and providers. No algorithm can even begin to compete with this. It’s powerful shit. Highly empathic people tend to be very sensitive listeners and good at understanding what someone else’s needs are. Also people who are in conversations and empathetic always share some of their own lives. They make their conversations two way dialogues; they make themselves vulnerable.

So what does that mean to small businesses and customers – I think it is good news. In terms of small businesses who have empathy in their hearts – it means your brand will always be relevant and because you are small you will be able to change with the tides. If the 21st century is all about being more outrospective – then the customer is going to be more conscious.  Along with all extremes, you will have people care more as much as you have people who care less.

Once consumers understand more and are educated in the processes and the effects of buying from Amazon and Tesco – things will change. The conditions of the workers who make the products and the businesses who suffer when they’re so driven by competitive pricing, for example. There will be a point, where you’ll have a revolution. A movement of people who care. Someone who buys from a small independent business is empathetic. Understanding enough to know why the product might be slightly more expensive due to being made by hand. Slower arrival time is totally acceptable, when you are looking for a story and quality.

It’s also increasingly evident that business leaders who are capable of experiencing and demonstrating empathy, compassion and humility have greater success. Even research will tell you the same. One recent example is a study of 1500 leaders and their employees. It found that humble leaders who have increased self-awareness and insight, experience greater commitment and performance from their employees. According to the research findings, ‘Leaders with a strong self-insight demonstrate a good understanding of their own needs, emotions, abilities and behavior. On top of that, they are proactive in the face of challenges.’ The study found that when employees experience this type of leadership, it has a positive effect, and that’s especially true when the leader is humble.

More broadly, research in recent years indicates that the capacity for compassion and empathy are innate, and it can be strengthened through conscious effort and focus. These capacities reflect letting go of ego-driven attitudes and behavior. Evidence would back the fact that they are linked with greater business success, especially in the form of increased competitive advantage. One and one equal five. Put empathy together with a great model or business and you have  – BANG! You have something special.

For example, Richard Branson has pointed out that ‘In business, companies that want to survive, are smart enough to know that caring and co-ooperaation are key.’

Thought I’d finish this post with not being so practical. This is a wonderful way of thinking about this subject. It’s really inspired me and certainly got my ‘neuro whatever’s’ going!

Philosopher and author Roman Krznaric once spoke about empathy –  He believes in order for us to really empathise with others / expand our empathetic imagination we need new social institutions.

For example empathy museums. A place that is not about dusty exhibits, but an experiential and conversational public space where you might walk in and in the first room there is a human library where you can borrow people for conversations. You walk into the next room and there are 20 sewing machines where there are a form of vietnamese sweatshop workers there who will teach you how to make a t-shirt like the one you’re probably wearing, under sweatshop labour conditions and you’ll be paid 5 pence at the end of it. So you understand the labour behind the label. You may go into the coffee shop and scan the coffee and watch a video of the workers who pick the coffee beans and discover the conditions they work in – maybe they’ll explain what their daily life is like. Then you can make that connection across space.

RSA Animate: The Power of Outrespection