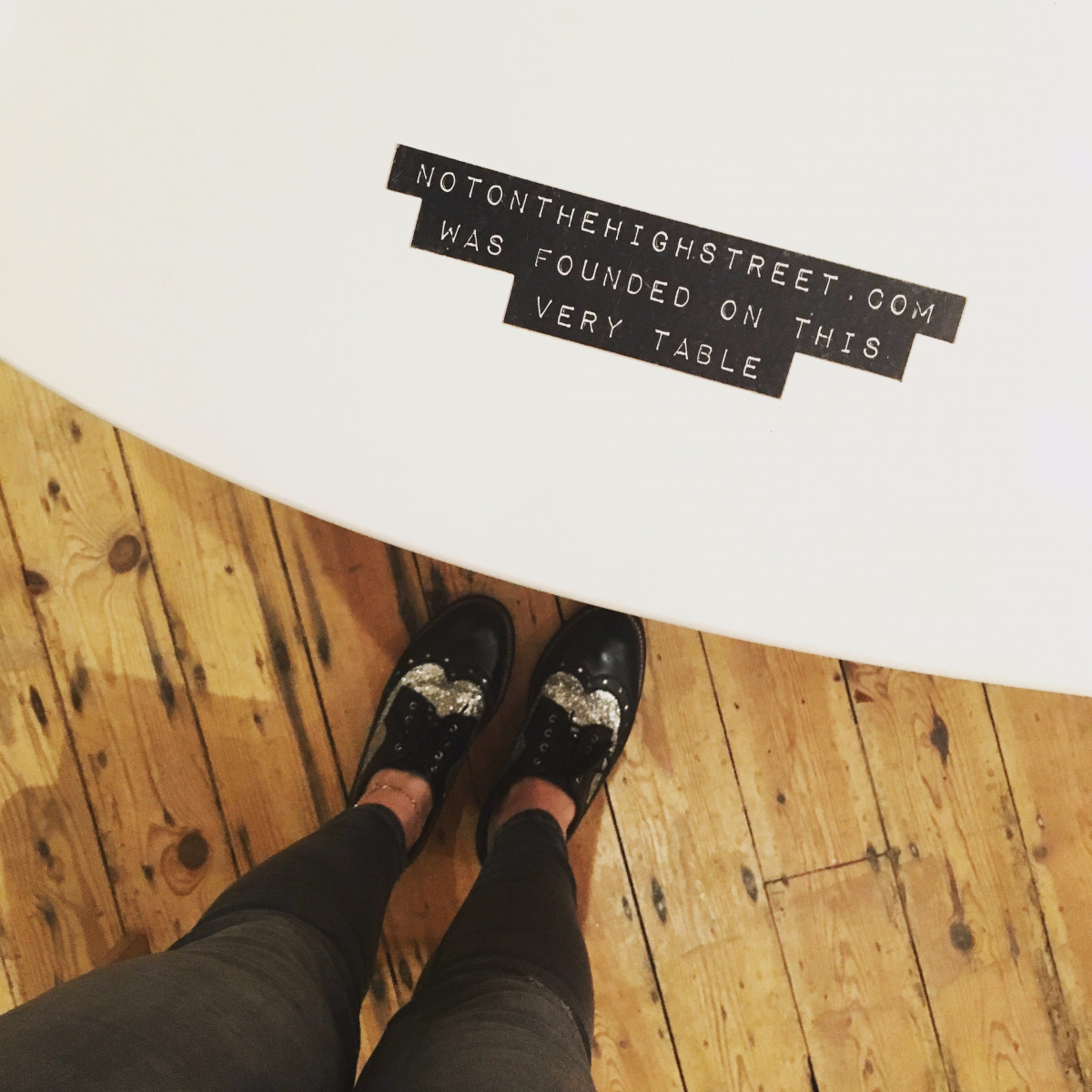 Where it all began

After an incredible evening at the Make Awards last night, I just had to share a little story about a certain table, that might have had something to do with it all!

Let me take you way back when, to 2006. The then tiny NOTHS team were working in Arron House, our very first office. It sat above a cab rank, next door to a timber merchant, and it was always bloody freezing, because the boiler never worked! Have I set the scene?!

We were trying to raise money, because we had none whatsoever. We were skint, but acted as if we weren’t, like a little girl tottering around in her mum’s heels, pretending to be grown up. Well, the tottering eventually worked and we struck a deal with our first backers. This meant that we had a board and would meet our investor each month, but we had a slight issue, in that we had no table to meet them at!

With that, Sophie & I decided to use our one hour off on the weekend to dash down to Ikea to buy things that made us look more established than what we were, including the table you see here. I always remember us sitting on the floor, trying to screw the nuts and bolts in ⚙️; it had eight chairs around it and we didn’t even have eight members of staff at the time! I remember the whole team (five of us!) sitting around it in a slightly childlike way, thinking how big it seemed. I felt like we’d never have enough people to sit around it and make it feel full.

Funny enough, that changed over the years. It’s like being young and thinking a grandfather clock is enormous, but as you get older, you realise it’s not as big as you thought, and you were the little one.

After 11 years, this beloved table now lives in the Holly & Co office, adorned with all the cup stains, scratches, pen marks; well worn and loved. So many people have sat around it over the years, sharing stories, tears, laughter. Like any great family kitchen table, we have ours, and we’ll keep building from it for the next decade and beyond.