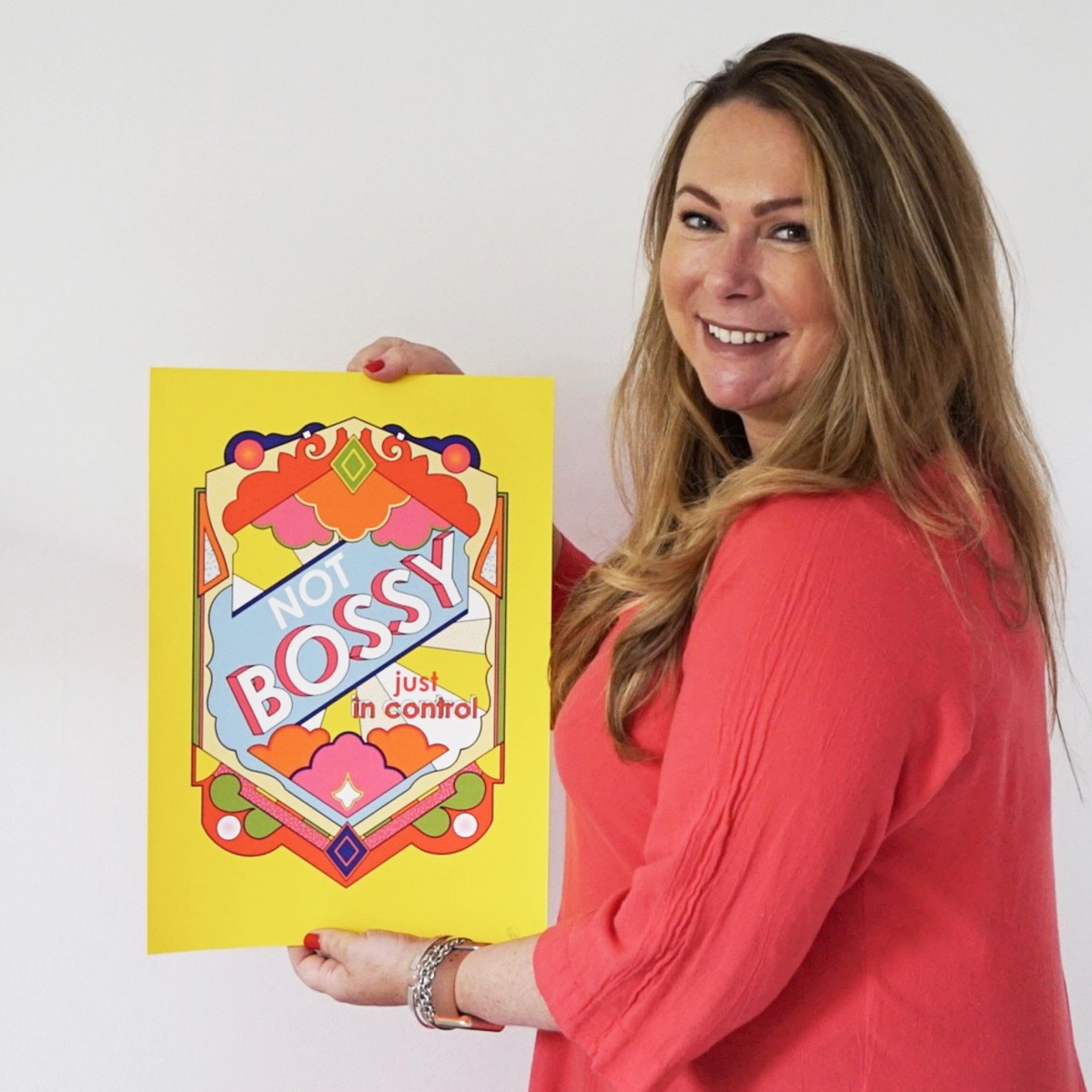 My home office has a wall dedicated to the messages I love and believe in. They inspire me as I type away writing posts or working that extra few hours. I love this print by Rebecca Strickson, as it reminds me of how I used to be called ‘bossy’ when I was younger. Even though I knew this description wasn’t complementary, I just accepted it. Girls could not be head strong, clear or ambitious in what they wanted without being labeled ‘bossy’.

I’m so sure, that many of you reading this today, would have gone through similar? I only reflected on this name I was given way back, when I was made aware of the campaign #banbossy in the US. It made me realise how wrong it really was; how weak and lazy that description was. And, how I’d never EVER heard a man being described as ‘bossy’! Literally how can that be? As Rebecca who launched this print on International Women’s Day said “There are so many ways that aggressions & sideways remarks are levelled pretty much solely at women: whether it’s being told they are loud (and it’s always ‘too’ loud), not loud enough, cute, intimidating, emotional, hysterical, bossy, scary or strong. Like that’s surprising or transgressive. Always too much, never enough.”

Today I’m dedicating this post to my younger self, and all of us out there, brought up on being known as ‘bossy’. Not ‘bossy’ just in control!