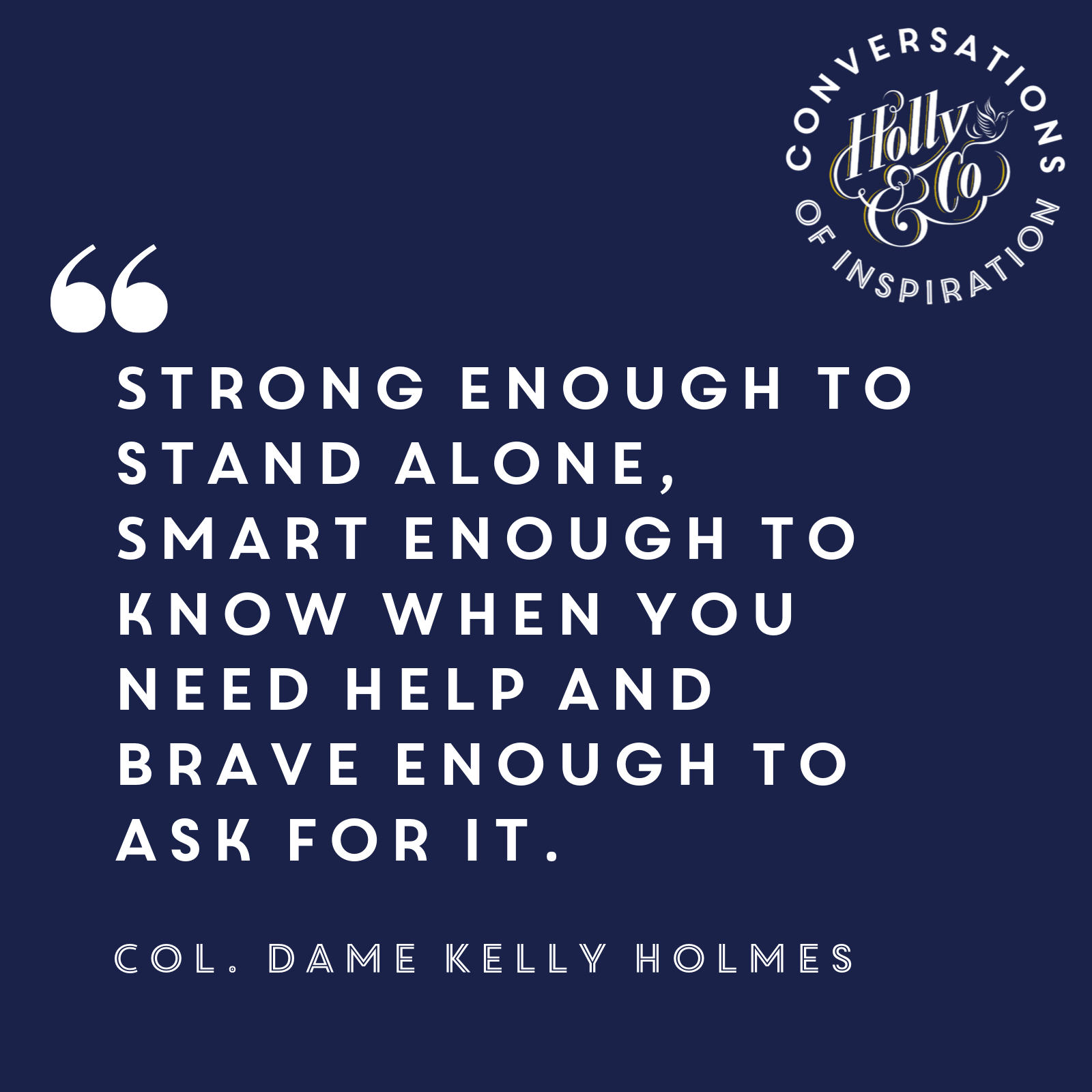 How apt that our podcast guest the week coincides with World Mental Health Day and is the utterly brilliant and inspirational Dame Kelly Holmes, who began to openly discuss her own mental health struggles long before it became ‘normal’. She has continued to raise awareness and break down the stigma surrounding mental health for others, thanks to the darkness she’s had to endure herself.
.
Referring to her depression Kelly says on the podcast, ‘It doesn’t define me. It doesn’t stop me being driven or successful. And, let’s face it, most people who’ve strived to be good at something have struggled somewhere’. This really struck a chord with me, because I so often hear from people at the beginning of a journey – be it starting a business, changing careers, moving house, becoming a parent etc and they’re comparing themselves to someone or something which is much further down the line than they are! We’re all too often caught in a trap of feeling like we aren’t enough or could and should be doing better, purely because we don’t have the sense to appreciate where we’re at on our own journeys.
.
In her letter to her younger self, Kelly took the opportunity to say something to herself that we so rarely embrace, she said “Well done, I’m proud of you”. I thought how much difference it would make if we stopped to say this to ourselves. And not just when we’ve achieved something big, but for everyday advances and resilience. By acknowledging our own progress we can be more present in our stories, and in others too.
.
Please take a moment today to stop and do this, whether it’s on your own, with family, friends or colleagues – just take a second to focus on the good instead of the bad, and help others to do so too.