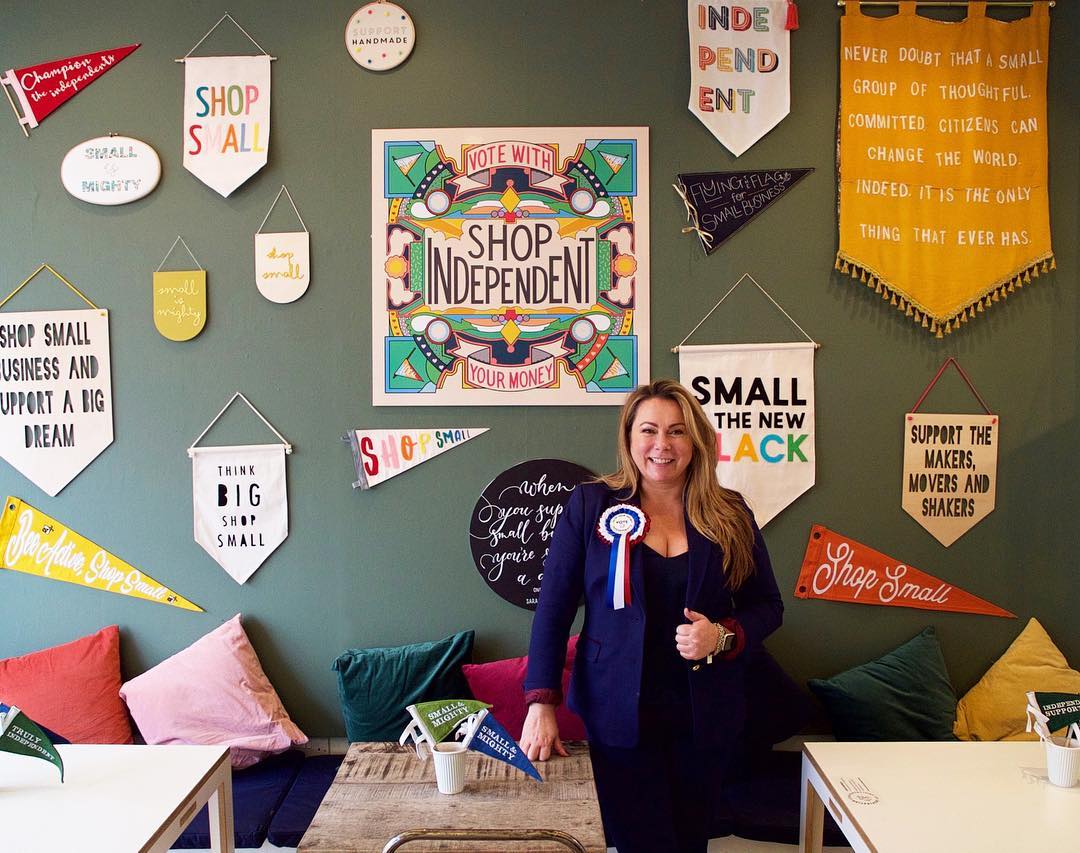 This Christmas, we’re spearheading a nationwide campaign and encouraging small businesses to take to the streets to lead creative campaigns across the country. We’re thrilled that some of the UK’s most brilliant artists and small creative businesses are creating bespoke artwork to help us spread the message to Shop Independent this Christmas.

We want to encourage everyone to vote with their money, and understand the power of their £1 to the lives of small business owners.

Holly says, “This campaign is more than asking people to spend their money with small businesses, it’s actually asking people to support a person and their dream. When you spend with an independent business, you’re buying a little slice of their creative imagination and skill – you’re not funding a CEO’s super yacht. Every pound we spend casts a vote for the type of world we want to live in.”

The Federation of Small businesses have said that for every £1 spent at an independent company, around 70p of that stays in the local economy.

We’ll be hosting and encouraging a creative campaign down some of the UK’s Independent high streets – from Brighton to Edinburgh, and everywhere inbetween. We’ll also be creating a community campaign library which will be accessible to everyone who wants to host their own campaign, share artwork socially or adorn their independent shop walls. Not only that, but out Work/Shop will be transformed into our Campaign HQ with our living wall adorned with amazing artwork created by small businesses.

CampaignShopSmall is an initiative that captured the imagination of the small business community in 2017 and went viral with over 10,000 tags on instagram.

If you’d like to get involved in the campaign you can in the following ways:

Want to host your own creative campaign? Email us at:  [email protected]