Lessons in business and branding

Sir John Hegarty is a creative legend. He is the founder of award-winning advertising agency BBH and The Garage Soho. Most famously, he created the 1980s Levi’s advert, Launderette, which featured model Nick Kamen stripping off his 501 jeans and t-shirt to wash them in the laundrette while other customers watched on. Not only did it revolutionise what was then a flagging denim brand, it caused a spike in boxer short sales (signalling the demise of Y-fronts!), and sent Marvin Gaye’s I Heard It Through The Grapevine to number one in the charts.

With over 50 years of award-winning work under his belt – from resuscitating brands to making them household names – he is the perfect person to share his creative knowledge, wisdom and courage with small businesses. And rather provocatively, he says, ‘Don’t start a business, build a brand.’  Why? ‘Because whatever business idea you have, somebody will copy it.’ he says. ‘They can’t copy the brand though and that’s where value resides.’ Read on to discover some empowering takeaways on what brand means, why it’s important to establish your brand, and the magic of running a small business. 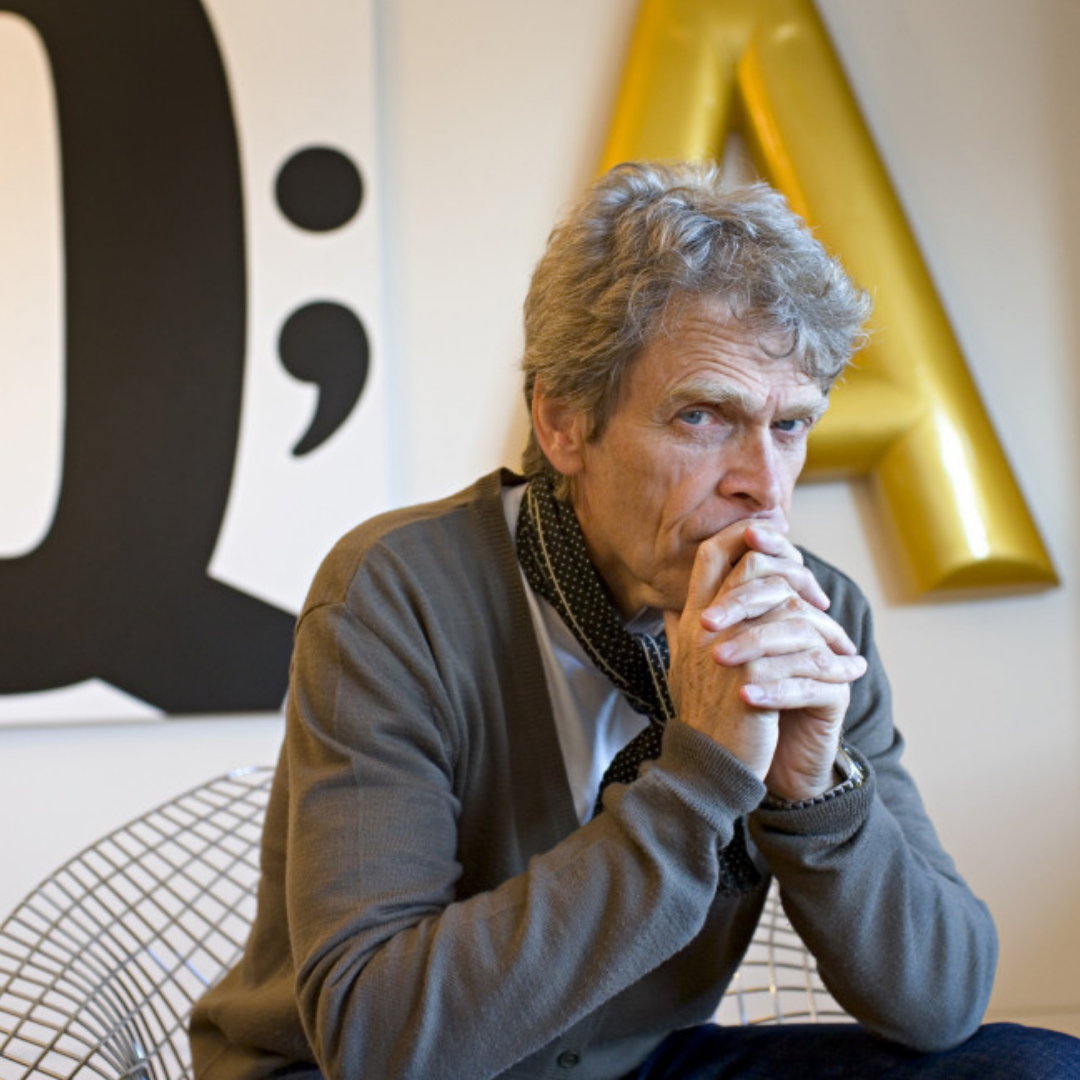 Small businesses tend to be one step ahead

John started in advertising in the late 60s and in the early 70s was a founding shareholder of what was then, a little-known (but about to become huge) advertising agency called Saatchi & Saatchi.

He says, ‘Advertising really didn’t get exciting until the 70s – unlike the 60s for music and fashion. But music and fashion were driven by young people, advertising was really employed by corporations. Corporations are about 10 years behind where the general public are, but they control the purse strings. So it took them some time to kind of catch up with what was going on.’

As a small business and brand you have an advantage, you have your ear to the ground, and probably notice what people are buying and what they like much more quickly than larger brands and companies. This is valuable intelligence. It becomes harder to stay close to the customer as a company grows, so embrace that connection you have, and use it to be nimble and reactive in your business decisions.

‘Don’t deny who you are. Express it in a way which captures people’s imagination.’

Get to the roots of your brand

With the famous Levi’s Launderette advert, BBH really had to get to the crux of why people like jeans, why they had fallen out of fashion in the post-punk world of the early 80s, and what Levi’s represented as a brand. Jeans had originally been claimed and made cool in the USA by the rock n’ roll-loving teenagers of the 50s. Previous to that, they had been viewed solely as durable workwear. So that was at the core of Levi’s brand truth – hardwearing, American, teenage rebellion.

The model Nick Kamen in his white t-shirt and denim was a modern-day James Dean, a rebel without a cause. John’s conclusion? ‘The lesson is, don’t deny who you are. Go back to the roots of what you are. Express it in a way which captures people’s imagination, relates to today and, success grows out of that.’

Sell the idea, not the product

Levi’s then asked BBH to help them launch black denim in a world that was used to only wearing blue jeans. John came up with an iconic poster of a flock of white sheep going in one direction and one black sheep going in the opposite direction. Beneath, it simply said ‘Black Levi’s. When the world zigs, zag.’ The brand was unconvinced because this was one of the first bits of advertising that didn’t show the product, it showed a concept, a belief. John’s response was, ‘We all know what a pair of jeans looks like.’

The ad ran (mainly because it had to go to print and time to make a decision ran out) and was a huge success. The ‘black sheep’ symbol also went on to be BBH’s logo as it encapsulated everything they stood for creatively.

Nowadays of course, having a belief at the core of your brand is almost expected as it’s what people buy into. It’s important to keep this at the heart of everything you do though, in order to maintain authenticity and stay true to your followers. John is emphatic about this, ‘It’s more than just a product. It’s more than a brand. It’s a movement, and that’s what a great brand is.’

If someone says what you do is “different” John says to take that as “a great compliment”.

We’ve always said at Holly & Co that we need to bring colour to the grey, to be creative, and to be different. It can be easy to follow what everyone else is doing, but being different as a brand is your business advantage. A brand that’s different stands out in a sea of sameness. John has some interesting thoughts on why we feel compelled to follow the herd.

‘I think there is a natural instinct in people not to put your head above the parapet, “Why do that? I’m going to be vulnerable if I do that.” And I think often what happens with a lot of businesses is that they’re started by very entrepreneurial people, they’re successful, they grow, and all of a sudden they’re now run by process. People consequently, stop being different because they see different as dangerous. Whereas “different” is the way you sustain your relevance to the audience.’

If you feel like your brand stands out from the crowd, it’s probably a good thing as you’ll attract the right kind of attention.

In conclusion, brand is how you communicate your business idea and ethos out in the world – what you say and what you do. If you started your business because it spoke to a need that others identified with, and you’ve stayed true to that, you’ve got a strong brand. If you’re doing something that nobody else is doing or you’ve started to do something that others do, but have made it significantly better, you’ve also got a strong brand. A good brand tends to resonate deeply with others no matter whether the business is big or small, so it’s never too early to think about building your brand.

Brand is the lifeforce of your business

Discover why your brand, that invisible thing that sits at the heart of your business, is powering everything around it and why it shouldn't be overlooked.

Back to Branding
With thanks to our partners at Dell

What makes a good brand ad

Why your brand is the life force of your business

Why brand is the most valuable asset to your business