Why businesses that do good are the future

Mumble, bumble, blah blah blah. If you’re anything like thousands of other people, that’s probably what you hear when there’s talk of ‘business for good’. Yes, we know we need to make our businesses greener, more socially conscious and generally kinder to the world around us.

Yet with everything else going on, it somehow automatically gets filed in a cabinet called ‘things to worry about later’ doesn’t it, because with a war going on, low sales, utility bills rocketing through the stratosphere or whatever else is firing in our brains at the moment, frankly, there’s enough else to worry about.

Yet there’s an incredibly good, rock solid reason why I think we need to pay attention now — and that’s because having positive practices and behaving in a way that benefits humanity is no longer a ‘nice to have’. It’s critical for business. Because businesses that do good are the future. 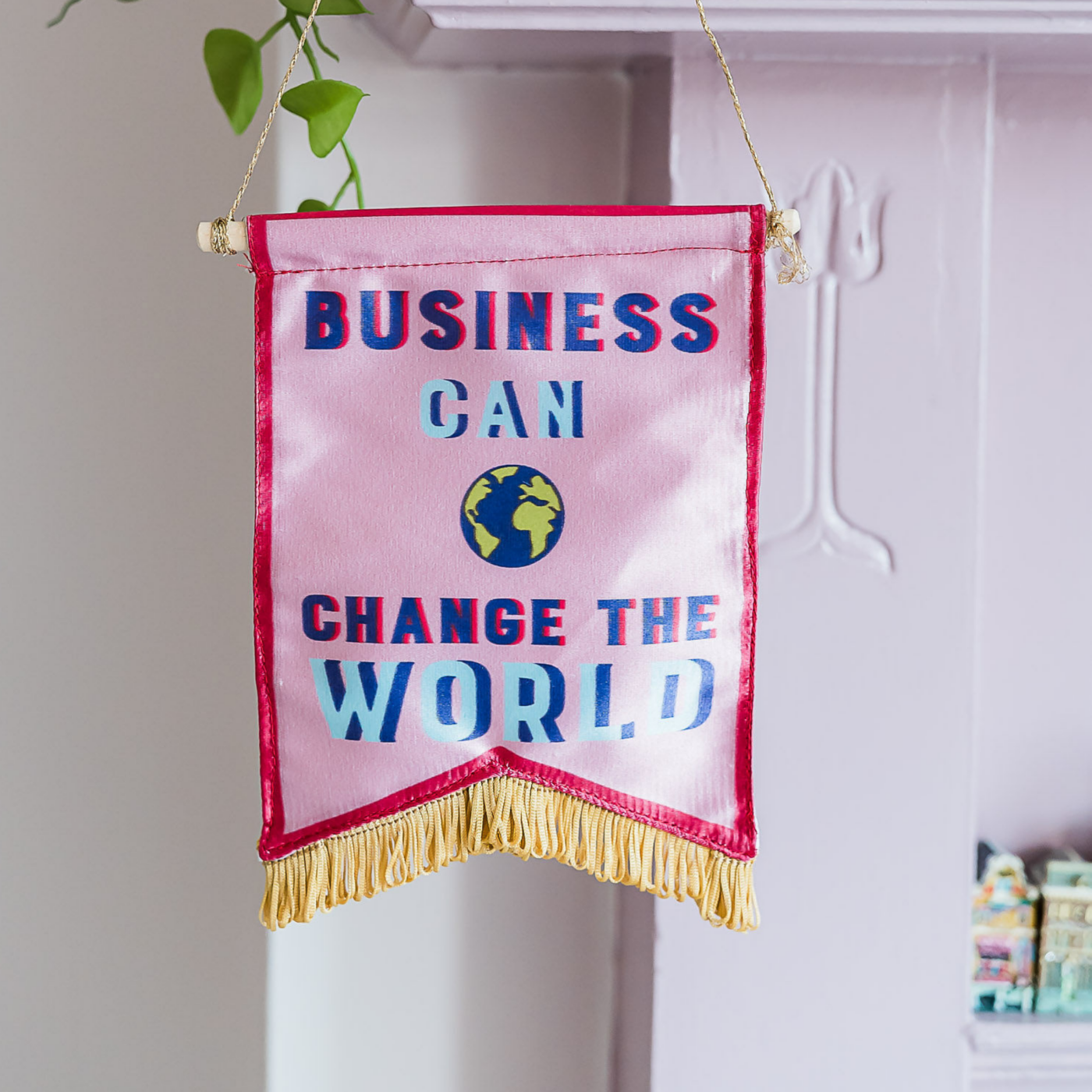 The world needs us to be more human

Think about it. Artificial intelligence is already more capable and intelligent than humanity. In the next six years, with the rise of AI and robotics, we’re about to experience the single greatest change our planet has seen in more than 2,000 years. Beings that literally think for themselves are about to become part of our normal working days. We’re barely aware of how many elements of our lives are already algorithm-driven. Yet it need not be something we are afraid of. We must just allow for it and dial up our humanity — and this has never mattered more.

As Ruger Bregman reminded us all in his bestselling book ‘Humankind: a hopeful history’, humans are good. As everything becomes automated, he says that focusing on this will likely be the ‘foundation for achieving true change in our society’ for the future. We need to remind ourselves and our customers of this. Now is the time for independents to become more human. To do our bit to protect the people and planet we love. To support and cherish the way of life we hold dear. To try. Because it doesn’t just make sense, it makes good business sense.

These are the kinds of stories shoppers want

As small businesses, we don’t have big budgets. Plus in this climate, many of us are finding that consumers just aren’t shopping as much. We need to use absolutely everything we’ve got at our disposal to gain their attention. Positive business could be just the kind of unique talking point we need to do this — and I can’t stress this enough — it’s what customers want.

A groundbreaking global study analysing the business value of brands doing good has revealed consumers are four to six times more likely to buy from, trust, champion and defend companies that have a strong purpose and 83% said they feel that companies should only earn a profit if they also deliver a positive impact¹. So as small businesses that want to grow, we really can’t afford not to pay attention.

As Ruger Bregman reminded us all in his bestselling book ‘Humankind: a hopeful history’, humans are good. As everything becomes automated, he says that focusing on this will likely be the ‘foundation for achieving true change in our society’ for the future.

It’s the power of these kinds of stories that people are interested in. Yes it’s heartening that society is becoming increasingly aware of small businesses and people are starting to respect the provenance of our products again. It’s great to be able to tell them that your pot was handmade in Cornwall, for example — but given the choice between that and a story about how it was actually made using 30 plastic bottles that were rescued from the ocean or by someone who progressively hires people with learning difficulties to create them, and is helping society as well as making money, who would you choose? It’s a no-brainer.

Whether it’s through socially conscious practices, using your platform as a voice for good or championing environmental issues, these kinds of considerations are especially important for those with a millennial customer-base. PR Week reported that 83% of 18-34 year olds said, “It is important to me that companies I buy from align with my values”². So if you want to attract customers with a longer lifetime value with the potential to stick with your brand for years to come (and remember, it’s cheaper to retain existing customers than to attract new ones), again, it simply makes good business sense to help all those who want to vote with their money for the kind of world they want to live in.

Plus it’s a similar story for sustainability: 85% of shoppers have become ‘greener’ in their purchasing habits over the last few years. In fact, more than a third of global consumers said they are willing to pay more for sustainability as demand grows for environmentally-friendly alternatives³.

A groundbreaking global study analysing the business value of brands doing good has revealed consumers are four to six times more likely to buy from, trust, champion and defend companies that have a strong purpose and 83% said they feel that companies should only earn a profit if they also deliver a positive impact¹.

How small businesses in particular can play a vital role

Why is positive business especially important for our small business community? We’re creative thinkers so can often come up with unique solutions to help solve societal or environmental challenges. People who support small are more likely to be conscious consumers who are more likely to expect you to be behaving in a positive way and the stats prove that they’re more likely to shop with you if you do — especially if they can see that you’re authentically passionate about a cause. Plus it’s often easier for us to make an impact quickly as we can often just do it. The pandemic showed us we could pivot. We’re free of the sort of hierarchical sign-off process or the many ‘cooks’ that lots of bigger corporations are slowed down by and we’re often able to build closer relationships with our audiences day-to-day so are in a better position to be able to help. People are starting to realise that it’s not governments who are changing the world, but enterprises. We are the ones society is looking to for the answers as we’re the ones not just talking about making positive change but actually doing it.

So if you’re looking for ways to help futureproof your business, increase sales and also feel that you’re really playing your part in contributing to building a happier, healthier world, then the power is in your hands. What small steps could you take to using your business for good and creating talking points that customers would be interested in? Could you review your sustainable practices? Think about taking on an apprentice to support social mobility? Or donate some of your proceeds to charity perhaps? Either way, now’s the time to pay attention. And next time you hear ‘Mumble mumble blah blah blah’, don’t tune it out, take action. Because what you choose to do today could help the whole world — and ensure your business makes a positive mark on it — for tomorrow.

What makes a good community? Alison Bartram shares how the people of Hebden Bridge overcame adversity to build theirs.

Back to Business Wisdom

3 ways to use quiet time to push your business forwards

The power of reviews and how to get good ones