Moving your business to your dream location

We take a peek into the life of family-run flower delivery service Petalon and how their very London-centric flower business seamlessly moved from the big smoke to rural Cornwall and what lengths they had to go to in order to achieve their ultimate goal.

Florence and James Kennedy, founded Petalon, a company specialising in flower deliveries by bicycle in 2014. Their business is booming thanks to their floral masterpieces all wrapped in beautifully presented hessian and a strong USP thought up by creative Florence, ‘I design two fresh bouquets each week to deliver across the country which means we are constantly changing our offering of flowers with each season, whilst making sure our wastage stays low. That’s important to us.’

Petalon’s other key to success is always innovating and thinking up new names for bouquets such as names from Bridgerton or Line of Duty, ‘It’s basically whatever we’re watching on TV at the time!’

Florence and James have also thought up a new concept called Field Flowers which came when they moved. 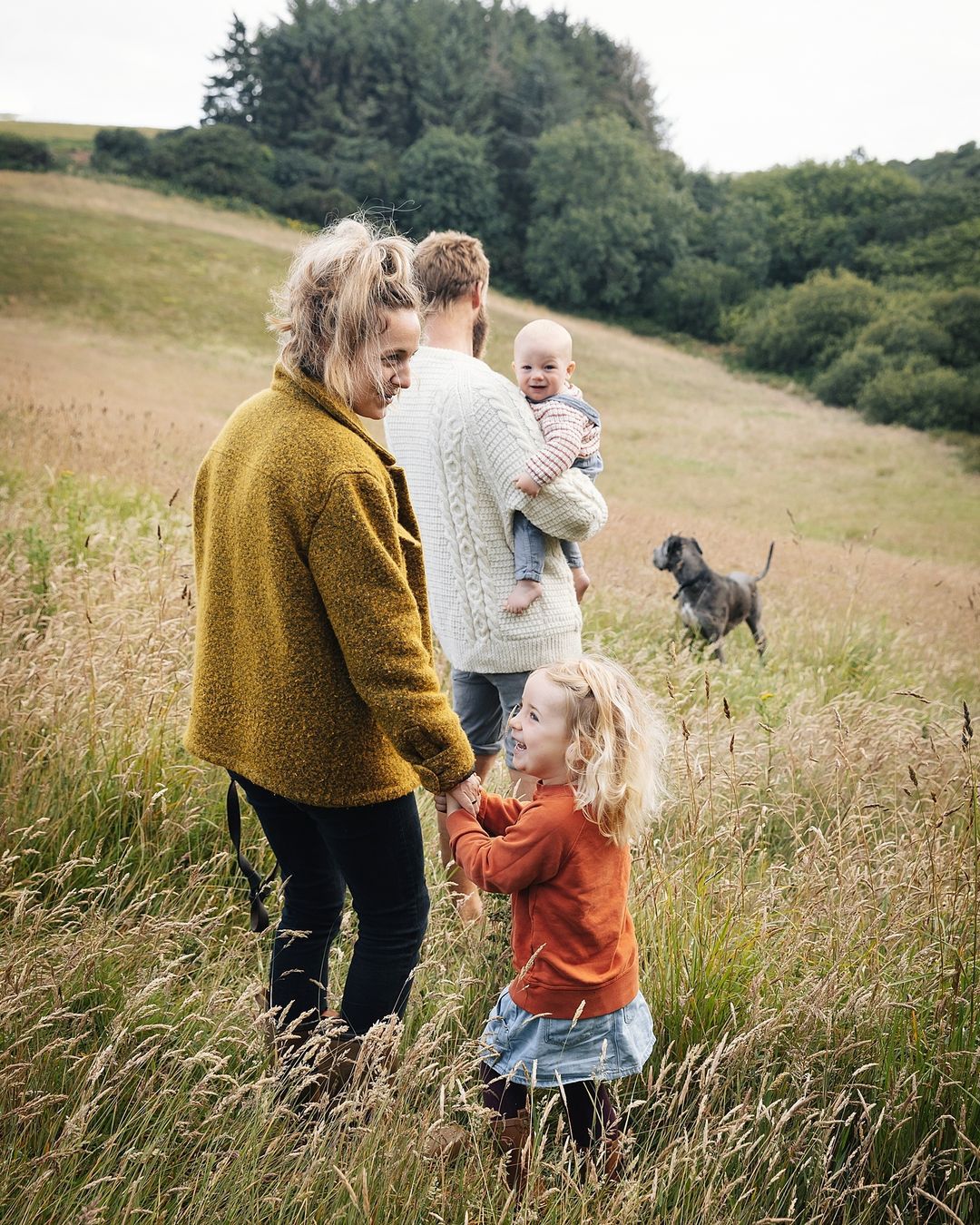 They decided to use their new rural relocation as an opportunity to expand their offerings, Florence explained: ‘Our field flowers have been grown on our farm in Cornwall, we grow interesting varieties that you might not see so often. This is an ever changing menu of seasonal flowers – cut early in the morning and in your home the very next day.’

Although flowers hadn’t always been her passion, Florence saw a gap in the market for same-day fresh flowers and Petalon was born. It’s thanks to her natural talents that Petalon graced the pages of  Vogue, Vanity Fair, Time Out and the Evening Standard.

‘In order to move your business and make it work you need to know every aspect of it. We both have different natural talents, but we know how to do everything. It helps when you lose staff during the move to be on top of everything.’

They then moved onto weddings and Florence even wrote her own beautiful book called ‘Flowers Every Day’, which shows how to create stylish flower arrangements at home.

However, when the pandemic hit, Petalon became so busy and they lost a lot of staff as many had to go back to their homes overseas to be with their families. James told us: ‘We went from taking a back seat to doing everything, making the bouquets, packing them and delivering, it was non stop with the kids in tow!’

Florence knew she had wanted out, ‘We were living in London in a rented shoot location but our lease was coming up and I’d always wanted to wake up with nature. James loves surfing so Cornwall looked like a good place.’

Their original plan was to live in Cornwall but keep their London studio as a base but that was impossible due to the pandemic, so they left their bicycles and London life behind and moved Petalon to Cornwall. When they found their dream home and took the leap into their new life and despite being based in Cornwall, their bouquets are still flying thanks to their incredible service using a carbon-neutral courier.

Their plan was to grow enough flowers to put one home grown stem in each of their bouquets, but they were selling too many bouquets so it just wasn’t possible, ‘It was a good problem to have!’ said Florence. Although it would have been nice to grow all their own flowers, the Cornish weather with the wind and horizontal rain meant that growing flowers was challenging, ‘It’s two degrees colder at night in Cornwall and we managed to kill 600 plants in one night without the right research but it’s all a learning curve!’

Although they’ve started growing flowers and foliage to supplement their bouquets, they now use a local flower farmer as they need such big quantities and varieties.

‘Our advice is just do it. We moved a very London-centric business to a very rural location so if we could do that, with two toddlers in tow, anyone can!’

One huge learning curve for Petalon and their big move was learning to delegate the areas they didn’t enjoy so they could focus on their true passions. Florence found it tough whenever they received any negative feedback, ‘I took it all very personally so had to take a step back. Complaints from five years ago still upset me because I know how hard we’ve worked.’

James ensured they delegated that part of the business out, ‘We now have a dedicated customer service team who work remotely and respond quickly. All company founders should divorce themselves from customer service after having a taste of it!’

‘It can be tricky so you need to have an area of responsibility. We can disagree and I can give my opinion but I know it’s ultimately Florence’s decision!’

However, James being a natural risk taker has helped the business no end in terms of moving out of the city faster, Florence told us: ‘I’m overly cautious but James is more comfortable doing something scary. Him encouraging me to take a risk has meant that we could completely change direction. Even though we thought we would move from London a few years down the line, when we found our house, we knew we had to move straight away in order to get polytunnels built in so we had a full flower season this year.’

By thinking quickly and acting fast, Petalon had the busiest Spring ever and it meant that they could pay for the infrastructure for the flower farm.

Petalon believes that if they can move, anyone can, ‘Our advice is just do it. We moved a very London-centric business to a very rural location so if we could do that, with two toddlers in tow, anyone can!’

1. Listen to your gut: ‘Don’t overload yourself with scare-mongering information. Listen to your gut. It can be scary to make changes because there are a lot of unknowns but have confidence and know that everything will be just fine.’

3. Don’t beat yourself up about making mistakes: ‘All you can do is try your best. It’ll be an innovative process and no-one is perfect.’

What is 'The Good Life'?

Before you make any life changing decisions, do you really know what your personal Good Life looks like? Find out from Holly herself!

Back to Family Life

Why I believe in living a life less ordinary

Taking the pain out of prepping for Christmas

What it’s really like to hire your friends and family